Self-care is one of the most important things I learned as I moved through caring for my husband after he was diagnosed with Mesothelioma. I felt blessed to be able to be there to help with the care for nearly a decade but it wasn’t without cost.

I remember feeling the pressure of trying to help in all the aspects of care that were needed and wearing myself out so completely so that I had nothing left to give. I learned that I was no good to anyone if I wasn’t good to myself. My husband, a credit to his understanding throughout his mesothelioma, agreed and was my most avid advocate for self-care. With children still at home and those living across the country during the same time, struggling as I was with the losses we were facing, never was there more an acute need to look after myself.

In the earlier years, it wasn’t as difficult to make time for things like haircuts, a lunch out with girlfriends, walking the dog. Things that I would normally do in the course of life became less likely to make the top of the list as illnesses became further advanced in our lives. I still walked the dog, however it was done with more haste than before. “I’ll worry about it later” seemed to become my way of dealing. I remember talking with a good friend who had gone through much of I what I was dealing with who told me, “You will not be able to help your family if you don’t help yourself first.” She was right. As we moved through the progression of illness, my husband and I decided extra help was needed. We arranged for PSW’s (personal support workers) to come and help with day to day care and assistance and I would book my appointments for those times through the week that we had a helping hand at home. That helped somewhat with the grief process as well. 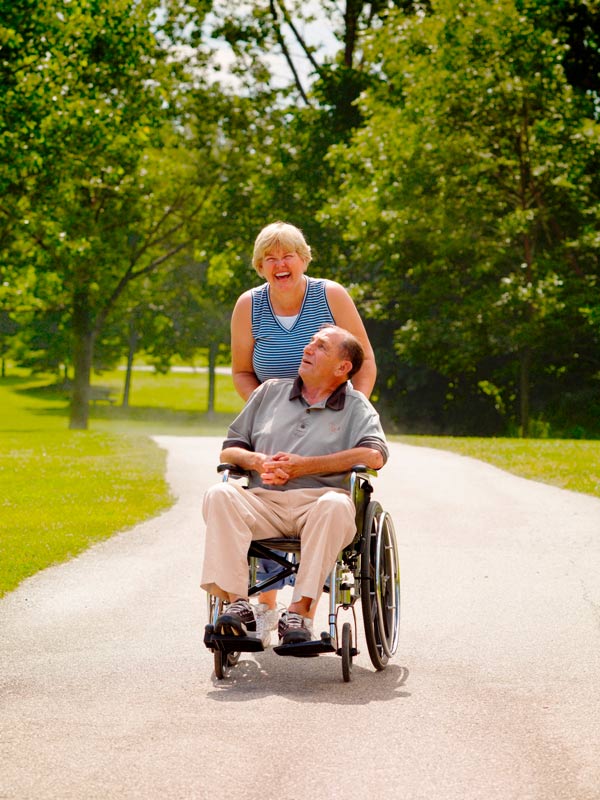 I found I had time to experience each progression of loss as it happened rather than the sudden shock it would’ve been later, all at once.

As time moved forward and caregiving became loss, I found that self-care became even more important when it would’ve been very easy to just spend the rest of my days on the couch, wallowing in my losses. The passing of my parents, followed by my husband, left me feeling hollow and bereft.

It seemed as though everything came crashing down at once. The only way I found I could struggle back up, gradually, was through beginning to look after myself again. I vividly remember the first time I went out to lunch with girlfriends after Jim’s funeral. They nearly dragged me out of the house and wouldn’t take no for an answer. I was never so thankful for such a supportive group of friends around me. They knew what I needed and that was to look after myself – the process of getting ready, talking with people, meeting up in a social setting, something we had always done before. It was the bit of normal that I needed.

It began my climb back to finding out who I was, once again.

Heather Dahmer
Heather is a Volunteer Family Guide - a role she took on so that she could help to provide the comfort and understanding that had helped both her and Jim along the way.