The gift of last words: Letting go of the questions and grabbing hold of love 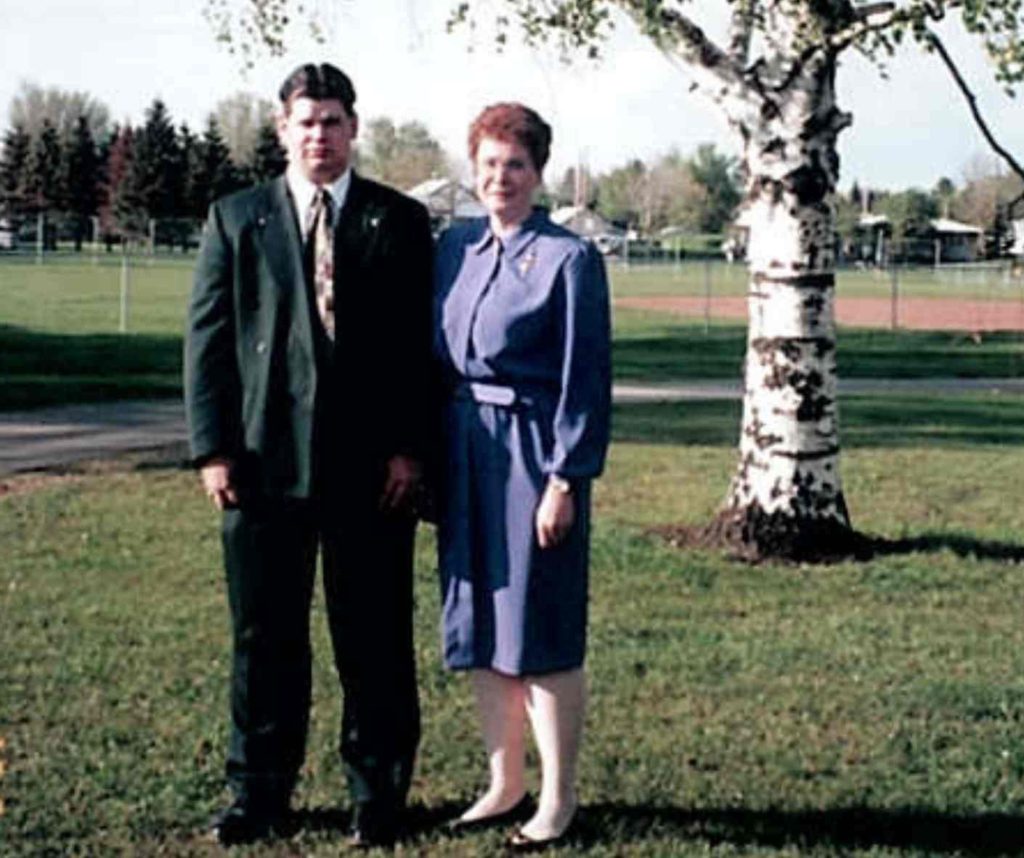 David brought such joy and love to my family. As a baby, David was happy and easygoing. At preschool age, David’s career goal was to be Superman. I felt that such a helping profession was an excellent choice. David also loved to play outside. I enjoyed watching him play and noticed that when he ran, he would hold his arms motionless by his side and flap his large hands as fast as he could. When I asked him why he did that, David replied that all the hand flapping made him run faster. Who knew that big hands could be so useful? That was my David – big hands, big feet and oh yeah, a big heart. He loved helping and doing kind things for people. When he was six, David started a fly-swatting business and hand-printed some business cards that he passed around the neighbourhood. He charged five cents for every fly he exterminated. Why become an entrepreneur at such a young age? Because he wanted to earn enough money to take me out to dinner.

David also liked sports. In Junior High, he was on the school wrestling team. In Grade 9, he participated in a tournament in another community. Later that evening his coach phoned me to say that David had broken his leg during a match and was now in the hospital awaiting surgery. It was a bad break and took a while to heal. When he started high school, David informed me that he was not going to wrestle anymore. He wanted to do something safer. Like play football. Where you get tackled regularly. Not only did David have a big heart, he also had a brave heart.

As a young adult, David devoted two years to go to another country and serve the people there. When he returned, his heart’s desire was to find his soul mate, get married and start a family. He met a wonderful young lady, they were married and over the next years, they welcomed four children to their family. How David loved his family! One of David’s and his wife’s dreams was to move from the big city where they lived to a small, rural town where they could enjoy a slower-paced lifestyle. Eventually, they were able to do that. They had so much to look forward to.

Then one day, everything changed. On October 17, 2012, David went to work and he did not come home. My daughter-in-law phoned to say that David had been struck by a forklift at work and killed instantly. When I heard the words “David” and “dead” used in the same sentence, the ground collapsed under me. Breathing became excruciating and the air seemed too thick to inhale. I barely remember making some phone calls and am not sure how long I was alone before friends arrived. Because I was unable to focus, I knew it was unsafe to drive to southern Alberta that night. So after many sleepless hours of staring into the darkness, I left the next morning on the most arduous journey of my life – the journey to bury my beloved son David.

My breath came in agonizing gasps. I had an almost overwhelming compulsion to leave my car and run screaming in terror down the highway. David was killed at approximately 1:00 p.m., but due to unusual circumstances, wasn’t found until around 1:30 p.m. It wasn’t until that dreadful time period passed that the panic finally started to subside and I could continue driving. Your brain and your body do peculiar things when you’re under intense emotional distress.

I will never know exactly what happened that terrible day. There were no witnesses and the only person who could provide any information was killed. The Occupational Health and Safety investigators developed a probable scenario. David was refuelling a forklift on his lunch break so his co-workers did not miss him until his break was over. David leaned over the front of the forklift and turned the key in the ignition so he could check the level of gas in the tank. But he turned the key too far, the forklift started and lurched forward. It struck David in the chest and drove him against a shed door with such force that he was killed instantly. David was very safety conscious and took workplace safety seriously. But he made a mistake that day and paid the ultimate price.

In the beginning, I kept asking myself, “David, how could you have done that? What were you thinking?” And the answers to those questions are … I don’t know. And I will never know. Was he distracted? Was he in a hurry? Did he always refuel the forklift that way and nothing happened until his luck ran out on that particular October 17? Not having all the information and answers to my questions was eating away at me, and was making me angry and making me crazy. But I recognized it and did not like being that way. So I chose to make peace with the fact that I will never know what happened that day, and I let it go.

Instead, I chose to focus on the last words David ever said to me. We were talking on the phone a short time before his death. Just before we hung up, David spoke. One sentence. Three words. The last thing David said to me was… “I love you.” And I grabbed hold of that, and love became my anchor and my lifeline. Because love never dies. It only grows stronger. Anger and acting crazy could not drive out the darkness and grief that I was feeling. Only love could drive out that darkness and replace it with light. Eventually, that is. One minute, one hour, one day and one step at a time. Grieving and healing is not a sprint. It’s a marathon.

Our capacity for infinite love fills me with awe. Just because we love a parent doesn’t mean we can never love anyone else. There is enough room in our hearts to love everyone who is close to us. And because we love so deeply, our hearts grieve deeply when we experience the tragic fatality of a loved one. I wanted to remember David and honour his memory with love. And in order to do that, I chose to embrace my grief. I did not deny it or try to hide or run from it. I allowed myself to feel whatever emotions I needed to feel at any given time. I also gave myself permission to cry whenever and wherever I needed to. Because the tears I shed were tears of love for David. The emotional and spiritual pain and darkness I felt during that first year was excruciating, but I clung tight to my love anchor, never doubting that eventually, I would find my way back into the light. I created an arsenal of self-care opportunities and ideas that I could use on the days when the grief and darkness threatened to overwhelm me. Things like write in my journal, practice yoga, watch a funny TV show, get out into nature, have a good cry, do something kind for someone else, attend a Threads of Life Family Forum and numerous other ideas. A few months after David’s death, I was watching a funny cat video on TV and I broke out into a spontaneous belly laugh. I hadn’t laughed for so long that at first, I felt disloyal to my son. Then I realized that David would not want me to become stuck in my grief. I didn’t want that either. And besides, that belly laugh felt so healing. So each day I would look for opportunities for a belly laugh or at least a belly chuckle. And I would look for something that filled me with wonder and amazement that I could express gratitude for. That was difficult to do at first but became easier with time and practice.

I will never get over David’s death. But after more than eight years, I have learned to cope with it. And one step at a time, I eventually emerged from that seemingly endless tunnel of pain and darkness that enveloped me at the beginning of my healing journey. I am unbroken, but I have changed. My goal is to become a better person than I used to be – stronger, wiser, more loving, compassionate and kind. And in experiencing the agony of a workplace fatality, I can legitimately pause in my own healing journey to help and lift another during theirs. For I have travelled that road and understand the terrible price that a workplace tragedy exacts. I’m still a work in progress, but I like where I’m headed.

Thank you, David, my beloved son, for the gift of your last words. Through them, I was able to reclaim love and joy in my life and to walk through the darkness of grief and into the light of healing. I love you too, son.

Donna Van Bruggen
Donna Van Bruggen is the mother of three adult children, and lives in Central Alberta. She enjoys practicing yoga, going for long walks and long distance bicycle rides. Donna is a volunteer family guide and speaker with Threads of Life.