A day set aside each year to remember those who have been killed or seriously injured in the workplace. 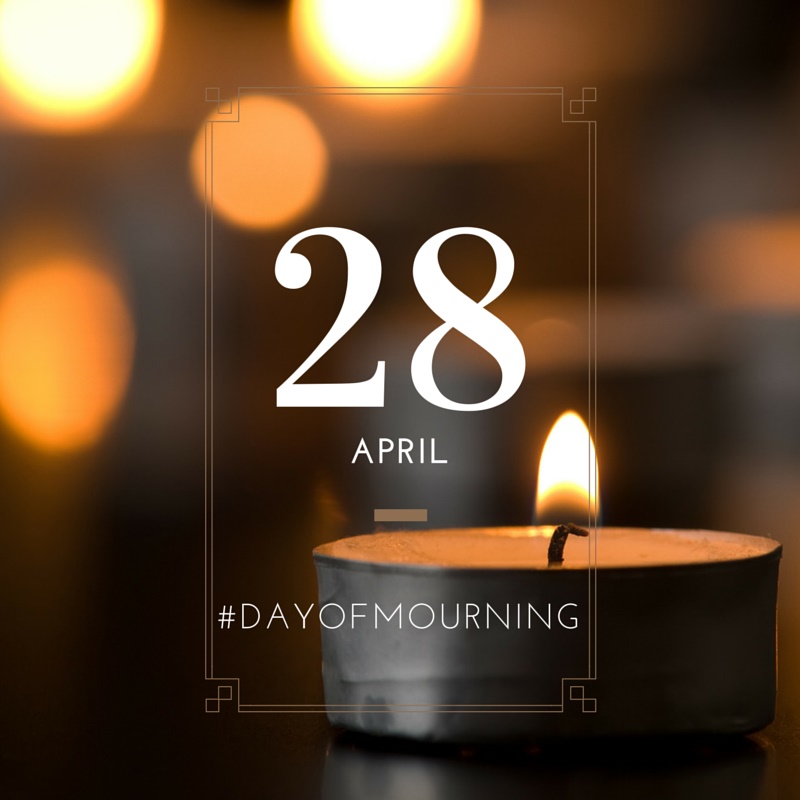 Now an international observance as a day of mourning for workers killed, injured or made ill by their job, the declaration of April 28th as the Day of Mourning began here in Canada. In 1984, unions in Sudbury, Ontario, adopted the day as one to publicly acknowledge workplace injuries, illnesses, and deaths. The Canadian Labour Congress held its first day of remembrance in 1986. The date of April 28th was chosen to reflect the anniversary of the day Ontario passed the Workers’ Compensation Act in 1914.

On April 28, 1991, following passage of an Act in Parliament, Canada recognized its first National Day of Mourning for Persons Killed or Injured in the Workplace: a day where flags fly at half-mast, and we hold ceremonies across the country to recognize the lives needlessly lost, and the tremendous suffering of those left in the wake of workplace tragedy. In the years since, more than 100 other countries have also adopted the observance known widely as Workers’ Memorial Day.

On April 28, join one of the hundreds of ceremonies across the country, or light your own candle in honour and reflection of the thousands of lives forever changed, and to renew your commitment to workplace health and safety – and ending such needless suffering.

Marking the Day of Mourning

Each of our family members experiences Day of Mourning differently. Some may not be able to attend a ceremony every year if they have to work that day. Some may attend a ceremony alone, while others couldn’t imagine attending without their family and friends. Some (our volunteer speakers) may be sharing their story at a ceremony, while others choose to share memories with loved ones only.

For more information on the National Day of Mourning, visit the Canadian Centre for Occupational Health and Safety (CCOHS) website.

Day of Mourning Ceremonies and Tributes

On April 28, Day of Mourning, join one of the ceremonies across the country, or light your own candle. Pause a moment to honour lives forever changed, and renew your commitment to workplace health and safety.

Typically, there are hundreds of ceremonies taking place across the country. Check with the organizers in your region to determine if there will be a virtual event this year.

The above listing reflects websites sharing provincial or national listings of Day of Mourning events for the current year. To request that your event listing be added or edited, please send us an email at contact@threadsoflife.ca. 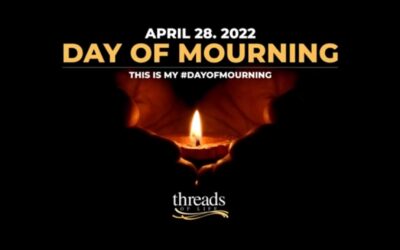 This is my Day of Mourning

Following a workplace tragedy, many families would say that every day is a day of mourning. It’s especially true in the early days following a fatality, but the aftermath of a serious injury or an occupational illness, too, are filled with grief at the loss of life, of expectations, of hopes, of an imagined future. 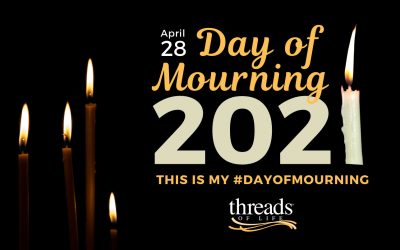 Mourning together on April 28

For families affected by work-related tragedy, most of those dates are very personal: a last birthday, the date of the funeral, the day of a missed anniversary or graduation. These are their personal days of mourning.

But National Day of Mourning, April 28 each year, is a date everyone shares, when we can gather in community to honour and remember those killed or injured at work, and refresh our commitment to preventing future tragedies. 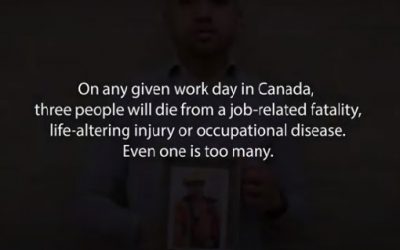 On this Day of Mourning, please remember…

Day of Mourning, marked on April 28, began with Canadian labour unions which wanted to emphasize and recognize the many workers who are killed, injured and made ill in workplaces. For Threads of Life families, April 28 is one day when their personal, intimate story becomes a universal story; when they can join with others to acknowledge publicly the toll that workplace tragedy has taken on their lives. 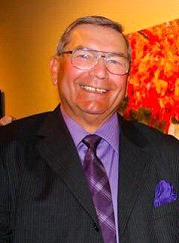 The Impact of Occupational Fatalities – A Day of Mourning

Recently, I went through a series of job interviews for a senior HSE position in Calgary. As it turns out, I didn’t land the role and was disappointed to hear that the organization felt I was “too passionate” about safety. Too passionate. 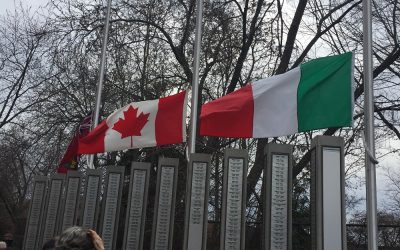 The Italian Fallen Workers’ Memorial Wall Project started with one man’s dream; a man who had seen more than his share of fallen workers during his tenure as labour leader during the late 1950s and early 1960s in Toronto’s busy residential construction industry. 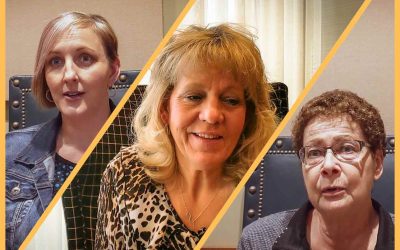 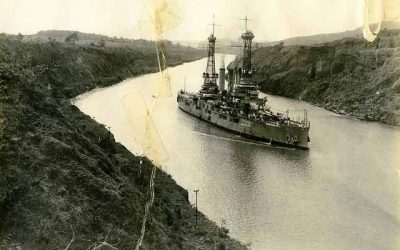 A truly international Day of Mourning

It is time for a vacation. For several years we have discussed going on a cruise with our close friends. We finally made that happen. The decision to take a Panama Canal cruise seemed like a good idea and we investigated options and made our choices. There were several ports in different countries and we had to sort through options for day tours. They all sounded so exciting, with new things to see and do. 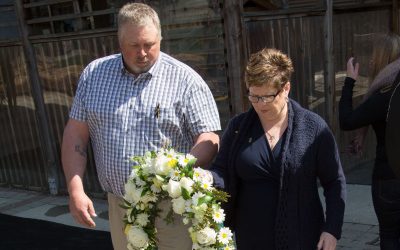 Day of Mourning: Carrying the weight

April 28th once again brings us the National Day of Mourning; a day marked to reflect on the lives lost or forever changed by workplace injury and illness, and re-commit to the actions required for prevention. There’s an extra layer of heaviness for those who feel this particular loss in their bones — for those who know this pain up close and personally. 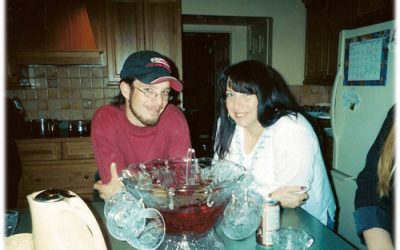 Day of Mourning: A poignant and heartbreaking reminder

I have attended or participated in several National Day of Mourning ceremonies in the years since my son Micheal’s workplace fatality, and been fortunate enough to have been asked to speak at two of them. Ceremonies are held every year across Canada on April 28th, in... 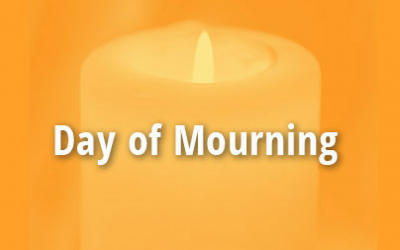 Day of Mourning: Ripples on the pond

I’m not the best at skipping flat stones across water, but I’ve had a few multiples – the stones that ricochet off the water several times before finally sinking into the depths. It’s absorbing to watch the ripples move out from each point where the stone...