5 Tips for Dealing with Cultural Differences When Grieving 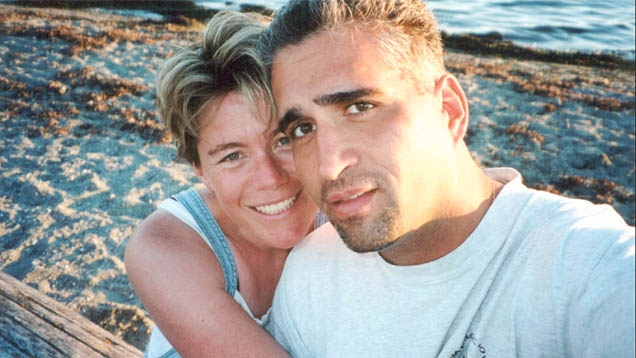 My husband, John, was Greek Canadian. He was born in Canada. His parents immigrated here from Greece in 1958. The family was Greek Orthodox and attended church regularly.

John’s family were lovely people and warmly welcomed me – a born-in-Canada Anglican gal with English and Irish roots – into their family.

For the most part, our cultural differences were a benefit to my life, not a burden. Especially when it came to the food! Souvlaki, spanakopita, roast lamb, Greek salad, Greek potatoes, Greek meatballs, Greek anything was prepared to perfection by John’s mom – and devoured with glee by yours truly.

The differences in our religions, however, not so gleefully devoured. Even though John himself didn’t attend church much as an adult – nor did I – when it came to planning our wedding, the process just about drove John and me apart. 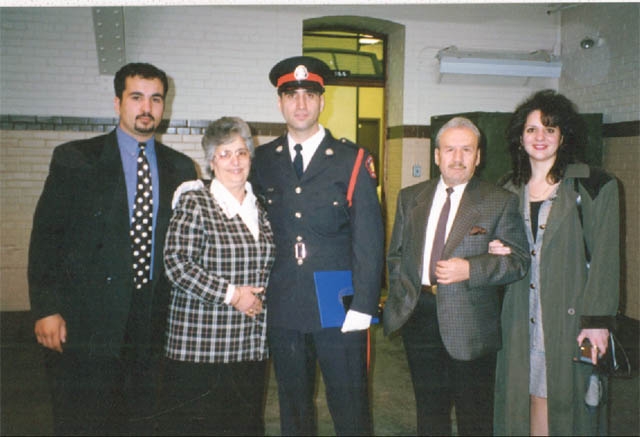 John’s family expected us to be married in their Greek Orthodox Church. My mother was not having any of THAT, thank you very much. In the end, John’s parents accepted that we were going to be married in an Anglican church. The Greek Orthodox priest, however, made it clear that because of this decision, when the time came for John to be buried he would not be given a Greek Orthodox funeral. Ouch. John was devastated but figured that his funeral wasn’t something we need worry about any time soon. We were only 28 for heaven’s sake!

But wouldn’t you know it, four years later John did die – and that claim was put to the test.

There was no issue – at least not for the Greek Orthodox Church. They quickly agreed that John’s funeral would be a dual service: part Calgary Police Service (John died in the line of duty) and part Greek Orthodox.

I, on the other hand, had a huge issue with the way John and I had been treated by his Church when planning our wedding. But boy, did I ever learn fast how to let bygones be bygones. I had a heck of a lot bigger things to worry about than holding on to a silly grudge against his Church…such as, for example, accepting the fact that John’s death was the result of an easily preventable fall at an unsafe workplace. There had been no safety railing in place to warn him – or anyone else – of the danger.

John fell at 5:30 a.m. on Fri Sept 29th, 2000. By 11:00 a.m., I had been told by the doctor that he was legally brain-dead – and would I authorize the removal of his organs for transplant purposes? Our families were told of his brain-death shortly after.

To illustrate how very differently our families reacted to the news, here is an excerpt from my book, A Widow’s Awakening (“Sam” is John; “Adri” is me):

My brother looks at me, wide-eyed. “The doctor just told us about Sam and it was total chaos. I’ve never seen anything like it.”

“What happened?” I asked.

“Sam’s parents collapsed on the floor. His aunt screamed. His brother punched a hole in the wall. Family members rushed to help other family members and the whole time, there was all this…wailing. It didn’t even sound human.”

The doctor knew exactly what he was doing, speaking to me on my own, away from the herd. If I’d been in that family room and witnessed such demonstrative grief, I wouldn’t have been in any shape to make a rational decision about organ donation.

Some cultures are very demonstrative in their grief – and I have found this to be the case with many of the Greeks in my life. They love deeply and when they lose a loved one, look out…they’re not going to hold back on expressing their hurt.

In some ways, I wish I expressed my own hurt more openly.

I’d like to share one other example of when our cultural beliefs collided during the grieving process. Two days after John’s death, I was at the funeral home making arrangements and John’s sister told me that their mom was anointing John’s body with oil. My first reaction was rage. How dare she touch my husband! My second reaction was disgust.

We don’t do that in my religion.

But then, when I saw John’s mom in the hallway shortly afterwards, she looked…well, certainly not peaceful but at least marginally better. And I realized how much that practice meant to her. My anger dissipated and I suddenly felt empathy for a grieving mother who was having to bury her 32-year-old son.

5 Tips for Dealing With Cultural & Religious Differences When Grieving

My experience with grief, over the years, has taught me many difficult life lessons. In fact, I think I have become a better person because of the losses I have experienced. But I would have to say that the most important thing I have learned about the grieving process is to be true to my own self.

If a cultural belief or religious tradition no longer serves me, I drop it. What matters most to me is the relationship I had with the person – or pet – that has passed away. As long as I focus on that, everything else falls into place…eventually.

Maryanne Pope is the author of A Widow’s Awakening, the playwright of Saviour and the screenwriter of God’s Country. Maryanne is the CEO of Pink Gazelle Productions and the Chair of the John Petropoulos Memorial Fund. If you would like to receive her weekly blog, please sign up here.

Maryanne Pope
Maryanne Pope is the author of A Widow’s Awakening, the playwright of Saviour and the screenwriter of God’s Country. Maryanne is the CEO of Pink Gazelle Productions and the Chair of the John Petropoulos Memorial Fund as well as a Threads of Life volunteer.
Latest posts by Maryanne Pope (see all)