The following post is an excerpt from an interview Threads of Life member Maryanne Pope did with Rebecca Orr. Rebecca’s husband, Lance, was working as a rigger on a construction site, and was killed on the job while Rebecca was expecting their daughter, Caitlin. Rebecca and Caitlin live in Olds, AB. You can read the full interview on Maryanne’s blog The Watering Hole. 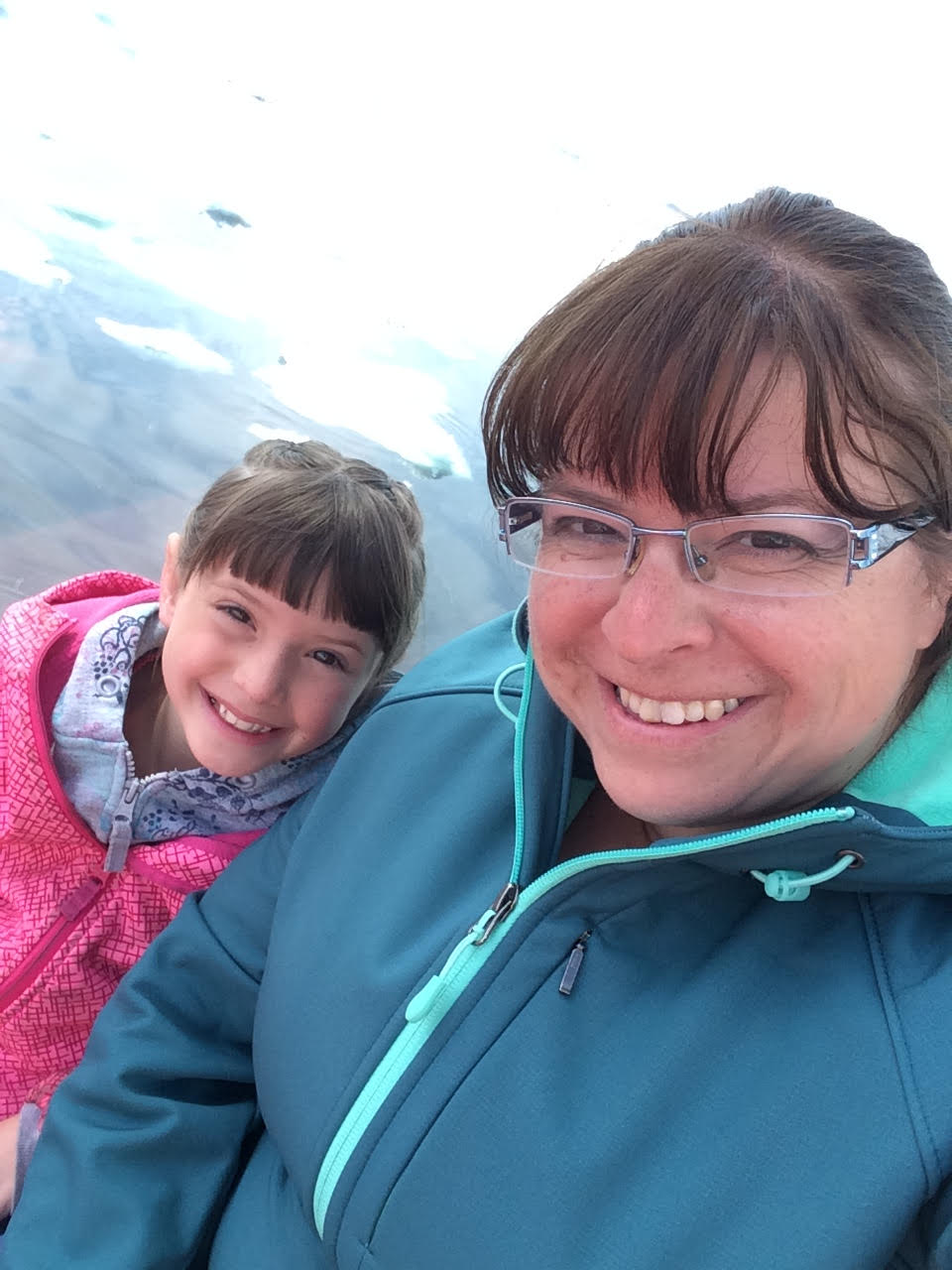 Caitlin and her mom Rebecca
Question:  Do you have any words of wisdom for women or who may in a similar situation i.e. raising a child on their own due to the death of a partner?

Don’t let anybody tell you how to feel – that’s the biggest thing. Everyone is going to have an opinion on how you should grieve. But the only person who knows how is you.

Just put one foot in front of the other. You can’t live in fear.

Grief has no timeline. It could hit you right off the bat or it could hit you 10 years down the road. I am incredibly harsh on myself. So that’s what I would tell others: you need to be gentle on yourself. You have to do what you have to do to get through – and that will look different for every single person.

May 8th was the 8th anniversary of Lance’s death. My counsellor asked me what I was planning on doing that day. I said to her, “I don’t want to be a burden to other people.”

She looked at me and said, “If a friend called you up and said that to you, what would you say?”

In other words, you would never say that to someone else, why would you say that to yourself? We are often a lot harsher on ourselves than we are on other people.

Don’t put on the façade that you are okay when you’re not. I wanted people to think that I was okay even thought I wasn’t. I felt like Jeckyll & Hyde! And that’s not healthy.

Also, find people that you can trust.

And hold on for this crazy roller coaster of a life!

Although people don’t tend to be mean, they do say stupid things…most of the time because they don’t know any better. But sometimes it is best to say nothing. The night Lance died, someone told me, “You’re young, you will find someone else to marry.”

I said to my mom the other day that I was exhausted from all the crying. My mom looked at me and said “You are only just getting started. In 7 and a half years, you have never cried. Did you honestly think you weren’t ever going to cry?”

I cry over everything now. I find it infuriating. But it is completely normal. I am incredibly hard on myself with this grief process…I would like it be over by now!

But now that my daughter is 8 and in school, maybe subconsciously I am finally giving myself permission to really grieve? Because in the midst of all this there is a lot of peace….a lot of good that will come out of it when I get to the other side.

I was only 22 when I got married. I thought I knew everything. Looking back 10 years later, I knew nothing! I have grown so much over the past 8 years. But how much would I have grown if Lance was still alive?

I have grown up so much, learning to live without Lance and raising a child on my own. My perspective on life has changed an awful lot in the last 8 years. I had to learn how stand on my own. Lance was the protector and took care of everything. I was the people pleaser. Lance was who he was and if you didn’t like it, that was your problem. Caitlin is very much a similar personality. If you don’t like me, that is your problem, not mine.

Lance was super excited to raise a child. Caitlin looks like me but she is her father’s daughter. She is so similar to Lance. I am curious as to whether or not they would have gotten along or would they have clashed? Caitlin is a very matter of fact child…very literal. It fascinates me that without even knowing her dad, she is through and through her father’s daughter.

It is a fascinating and infuriating journey to be on.

There are times when I wouldn’t take back what I had before. I have been a single mom far longer than I was married. It’s what I know. People ask me if I ever want to get married again. I say sure, I would love to. But at the same time, the longer I stay a single mom, the more used to this life I have become.

For the full interview with Rebecca Orr, check out The Watering Hole at Pink Gazelle Productions.

Maryanne Pope
Maryanne Pope is the author of A Widow’s Awakening, the playwright of Saviour and the screenwriter of God’s Country. Maryanne is the CEO of Pink Gazelle Productions and the Chair of the John Petropoulos Memorial Fund as well as a Threads of Life volunteer.
Latest posts by Maryanne Pope (see all)