The Sound of Workplace Tragedy 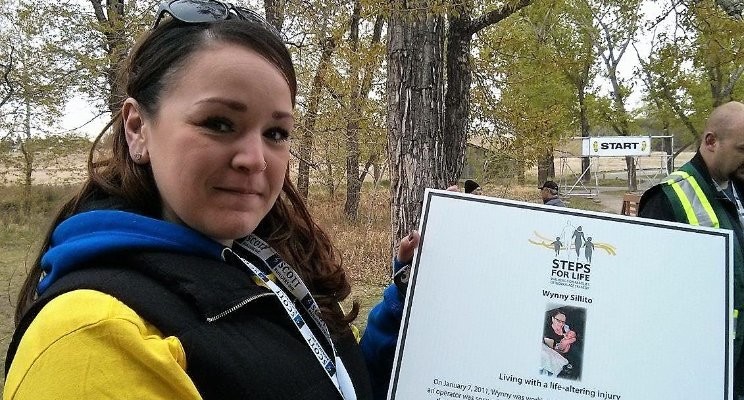 Early in my career I had to make the phone call to a woman to tell her that her daughter’s father, the man she loved, had suffered a serious head injury on the job. I can still hear the silence in her voice; she was saying words to communicate with me, but I could tell that she felt a pain that caused complete silence for her when she spoke. Normally it is not the responsibility of an EMT to make that call to a loved one, especially with a serious injury, but the patient was adamant that I be the one to call. He said he trusted me to not scare her. When the conversation was over, I remember thinking that I was grateful this was not something I would likely have to do again. At least, I hoped I wouldn’t.

Years later, while working at a sour gas facility, I was treating an operator who had suffered serious injuries as a result of a chemical release. After the disaster that had occurred on scene, while we were traveling in the ambulance to meet the advanced care ambulance, the operator asked me to make the call to his wife. He was worried the call would come from someone at the oil company, and he didn’t want her to hear from them first. This night had already been a traumatic experience for me, but I committed to making the call because I remembered that first woman’s voice. As hard as the conversation was, I knew this experience could be much more traumatic if the communication was made by someone without the proper information, or someone who didn’t care who was on the other end of the phone. By the time we returned from handing over the operator to another medical team, a co-worker, the operator’s shift relief, had already called his wife. While I knew it must have been difficult for that man to do, I was grateful I didn’t have to experience that painful silence again.

As my career transitioned further into health and safety, I would see more things that would eventually lead to those calls. While I didn’t make the call, I would now experience face-to-face conversations with family members who wanted answers: a son who wanted to see the workplace where his father died, a mother who lost her baby boy, and others who had their loved ones taken from them or seriously injured in the workplace. These incidents can happen on the best fiscal day of the year, or in the middle of a recession, but the one thing that never changes is the cost. When a worker is seriously injured or killed at work, they and their families pay a price that is never seen in a budget. The time it will take them to begin to heal from the loss is never looked at in the project schedule. For those workers and their families, that project – big or small, high or low budget – will last with them forever. You may have come in on budget and ahead of schedule, but when you take the health from a person, or a loved one from their family, none of your achievements matter because you have made others pay the ultimate price for your goal.

All too often we hear “we will fix this on the next project”, or “we don’t have the time in this schedule to ensure compliance”. Why is it that when we have less money and less time, we are always willing to risk the safety and lives of workers, who have even less money than the project budget, but who should have had more time? That person’s life should always be of more value to a company than any schedule or budget. If we keep planning projects that put workers at unnecessary risk to meet our budgets and schedules – if we keep having incidents with life-changing potential because we couldn’t modify the project schedule to do the project right the first time – then we are essentially paying for these budgets with human blood, and the hearts of the people who love them. Workers who need the work to feed their families will often cut safety corners because it is asked of them, or implied that they should, in fear of losing their employment. They will keep quiet when they feel that they are in danger because that is the culture they have learned – they can’t risk losing their job and their paycheque for challenging the client or their employer on poor safety conditions.

If you are a leader and you are responsible for the loved ones of others, you must plan your jobs and build your budget as though every single task will be done by the person you love the most in the world. The workers on your site must be equally as valuable to you as your own loved ones, because to someone, that worker is the whole world. We must stop planning work as though injuries, or even fatalities, are just the cost of business, or are expected within certain industries. The silence of a workplace tragedy is deafening, and we need to fight for those left to hear its noise. Sadly, in the end, when a worker suffers a workplace tragedy they will ultimately be replaced, the job will eventually go on, and if the company manages to stay on schedule and within budget, the only one who is truly lost is the worker.

Wynny Sillito
Wynny Sillito is a Safety Specialist and retired first responder, with a unique & intimate experience with workplace tragedy. A strong advocate for workplace & psychological safety, she seeks to empower and inspire others by sharing the lessons she has learned throughout her journey dealing with the effects of occupational trauma.