Whether casting our eyes heavenward, or marveling at the thought of a light year or the unfathomable vastness of space, I think we’re all wired to look up for answers. Most of us spend too much time staring at the path in front of us, anyway. Up is where we find both perspective and wonder.

It’s where we look, when we don’t have the answers. 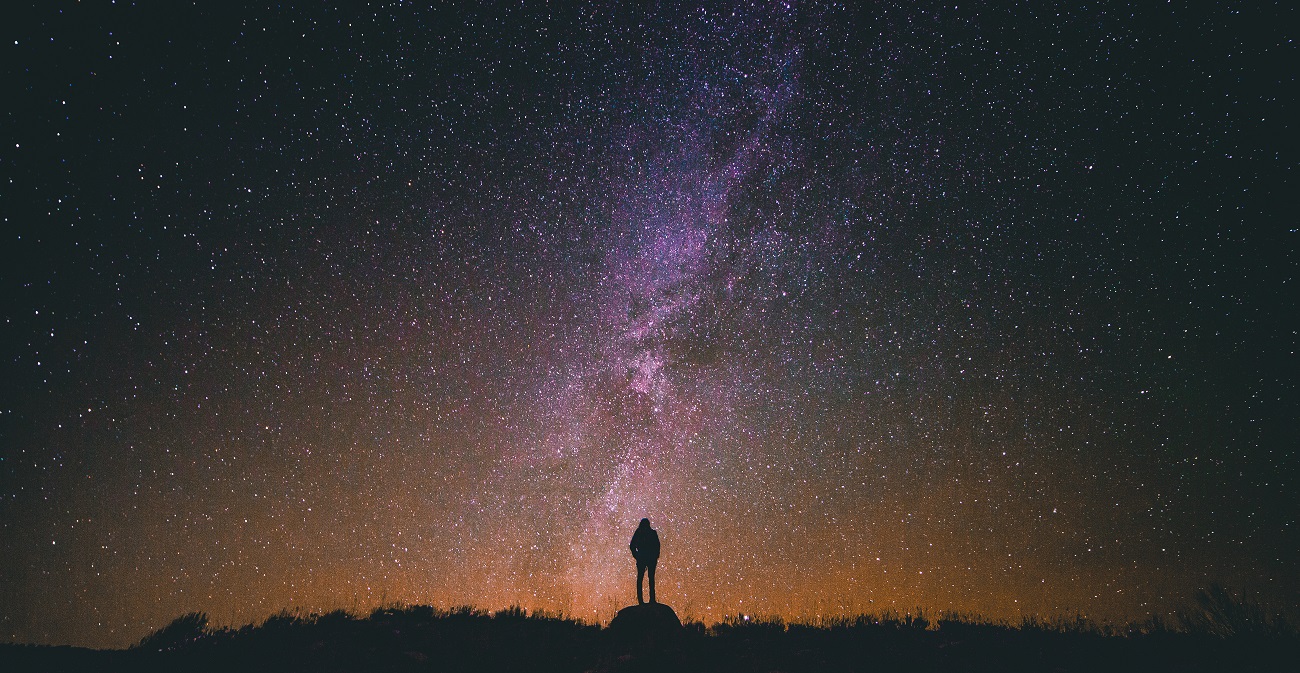 On the night of August 15, 2003, I spent a lot of time staring up at the stars. Earlier that afternoon, I’d received a phone call from one of the responding police officers who’d found my brother’s body in his Toronto apartment. My younger brother, who had been severely physically disabled when he was burned at work two years earlier, was now dead, and I felt like a moon whose planet had fallen out of orbit. Reeling and raw, with the distinct bottom-dropped-out feeling of free fall, all I could do was stare at the night sky. A universe where my 21-year-old brother is dead just doesn’t make sense.

I was looking for answers.

It was a long 8 hour drive from Thunder Bay, Ontario, where I was living and going to school, to my parents’ place near my hometown of Sault Ste. Marie. I spent hours that night staring at the sky through the front windshield and passenger window of a rental car, watching the stars. Holding my gaze on a single star – for minutes? hours? – looking for something that I could hold onto. Something fixed above the horizon. A cosmic life-raft I could cling to.

A chorus of “he wasn’t supposed to die” and “it was all for nothing” chants in my head, echoed by “NO! NO! NO!” and I stare at the stars. Asking for answers. Pleading. How can this be real? After all that he went through, how can he be dead? How can Lewis be dead?

After arriving at my parents’ place late that night, my mom and I stood on the porch, talking quietly with chins tilted skyward, and watching the northern lights flicker lightly above us. Is this a sign? Is it a message? How do I know? What does he want me to know? What do I need him to tell me?

I answer my own questions, as best I can.

Thirteen years later, I have some of the answers I needed. I’ve also learned that there are some questions that don’t have answers. Gazing at the stars reminds me of this. There is so very much that we don’t know.
But I still look for signs. I still look for him.

This time of year, I take every opportunity I can to watch the stars. I don’t even need a reason to lie on a dock or a picnic table so that I can watch the night sky. But the meteor showers pull me as they light up the night sky in the weeks leading into the anniversary of my brother’s death.

Do you want to see the meteor showers? The Delta Aquarid meteors peak at the end of July, and the Perseid meteor shower peaks in early-mid August, and both are typically on display until late August, although less visible around full moons. And if you choose the right night, at the right time, you may get a chance to watch the northern lights flicker and dance across the sky.

Let them tell you whatever it is you need to hear.