Miracles rising out of tragedy

The summer of 2013 was exciting and filled with many blessings. My daughter Kaitlyn had just graduated from Teacher’s College at Western University and was about to start her career; Jeremy was entering his fourth year in the Criminology program with plans to go into law enforcement; Karl and I were comfortable in the lifestyle we had created and were anxiously waiting the completion of our newly built home. 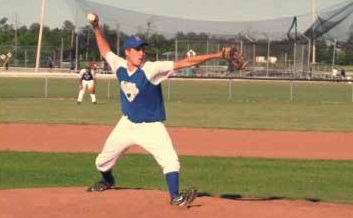 Thursday, August 1st, did not seem to stand out as peculiar, even though I hesitated at the bedroom doors deciding whether to wake up Kaitlyn or Jeremy, to take me to work. I woke Jeremy and he was not impressed with my choice, making it a quiet drive to Western University campus where I worked. Jeremy had a ball game that evening, and I planned to visit with my aunt while we watched his team play. As I got out of the vehicle, I said, “See you tonight Bud” and I began the trek to my building. I recall looking back at the vehicle as he drove away, shook it off, then went about my usual business. Jeremy messaged after lunch saying they would be working late and had already texted ‘Coach’ that he wouldn’t make it to the game. I cancelled with my aunt and devised a new plan for my evening.

It was around 6:30 pm, while we were eating supper, that the London CTV News announced a breaking story…’Two were killed while putting up a wedding tent near Watford, Ontario’. My stomach sank; Karl and I exchanged looks. Jeremy had used similar words the night before indicating where he was working. Karl sent an urgent text to Jeremy and my mom called in a panic, as they had also watched the news cast.

I knew Jeremy was expected to work late because of his text message earlier in the day. I started making excuses in my mind that he was okay; he was just busy, right? We would have received a call if there was a problem, right? He was one of six crew members, so there was no way he could be one of the young men who died, right? However, my gut instinct told me it HAD to be their crew. I had grown up near Watford and the odds of there being two weddings that weekend, let alone with a tent being installed that day were slim.

As the minutes kept ticking, we didn’t hear from Jeremy. I decided to go upstairs and focus on organizing the calendar for packing the remainder of the house, confirming the movers, lawyer meeting and so forth before the move. Unable to focus, I anxiously watched out the window for our car to drive into the laneway and praying no police car would show up. Besides, those things only happen in the movies. 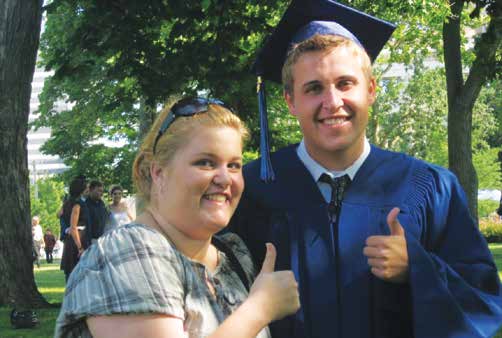 But the unthinkable happened – at 8 pm a police car parked across from our house. They rang the doorbell and told us Jeremy had been killed on the job. The next few minutes, hours, days became a blur. I do not recall how things went down exactly, but rather the inability to breathe, ringing ears and fuzzy vision; what I now realize was debilitating shock. Karl must have called everyone, as my mom and brother arrived, and sister was on her way. Kaitlyn’s friends came to support her, and we eventually made our way to the hospital in deafening quiet; numbness. It’s weird how you can be so disconnected and yet still have a negative association to what is around you. I recall how it took 15 months before I could drive by the hospital without feeling nauseous, or the sheer panic of driving Karl up to the same emergency doors for stitches about five years later.

While our world had stopped, the rest of the world continued along at a feverish pace since the long Civic Holiday weekend was upon us. Jeremy had made plans to visit his girlfriend for the weekend to celebrate their first dating anniversary. We thought the world of Pauline (aka P2), besides they were smitten with each other and made a beautiful couple.

Instead of us celebrating the long weekend with friends, we now had a house full of family and friends coming by to support us and help us pick up the pieces. The days involved reminiscing about who Jeremy was as a child, brother, nephew, grandson and friend. We talked about his love for sports – like watching NASCAR, Jacksonville Jaguars, London Knights hockey, the Toronto Blue Jays and Maple Leafs. Jeremy loved playing baseball and even though he started playing later than most kids, he became one of the top pitchers in his ball league and was highly respected by his teammates, coaches, and officiants.

A few of Jeremy’s buddies popped over that long weekend to gift a frame with a collage of their favourite pictures with Jeremy. They also played a few videos that he had created for their private group site. These young men didn’t have to share this insight into their ‘friendship’ world, however we were so grateful, as these videos brought laughter and tears as we watched the goofy antics while memorizing every movement, facial expression and especially his voice that we would never get to experience in-person again. What a special gift! Miracle Number One. His friends continue to reach out and even sent flowers on his birthday this year. They will forever miss his laughter, jokes, comradery of iron chef cooking competitions, baseball games and their infamous New Year’s Day football games together with Jeremy.

A few weeks after the funeral and celebration of life, the baseball league held a memorial game to honour Jeremy. What I noticed most was how the initial sombre weight of the event, as players signed a banner for our family keepsake, speeches were given by league members and players from the London Major’s ball team; transformed into fun and laughter as folks joined united in one of Jeremy’s favourite sports. I think Jeremy would have appreciated this sentiment, and his teammates didn’t want it to end especially as they took a final team picture around the pitchers’ mound with his ball and glove.

We got moved into our new house on August 30th with the help of amazing people. However, changes slowly began to set in. Not all of it was bad, especially hearing the robust laughter of Kaitlyn and her friends in the house again; finally, a small sense of normalcy – Miracle Number Two. I would still listen for Jeremy to arrive home, to call out while he scurried upstairs for a shower, or I would automatically select Jeremy’s favourite snacks (nibs, fuzzy peaches) while grocery shopping only to return them to the shelf in tears. I realized that I needed help. My red ‘Super Mom’ cape lay tattered on the floor; I had to say NO and create self-preservation to survive. My husband lost a part of his wife that day along with a stepson. Kaitlyn not only lost her brother but a piece of her mom as I was incapable of supporting her. Instead she was told to be brave for her mom. It hurts to think how isolated she felt, as she had no one who could relate to any of her realities.

The media had frequent updates on the news and in the paper immediately following his tragedy. And although they had initially announced that two were dead, we learned that it was only Jeremy – Miracle Number Three. What happened is the six-person crew had arrived late at the country home to install the large event tent for a wedding that weekend. The bride indicated where the tent was to be placed and the boys unloaded the vans and started installing. It was confirmed there had been no safety training, no supervisor present or inspection of the worksite. The tent was about two thirds erected when the pole they were lifting with a trolley mechanism from underneath the tent canopy, made contact with an overhead hydro line. Of the five young men who sustained electrical shock, one had minor injuries, two were seriously injured, one was critically injured. Jeremy was fatally electrocuted.

August 1, 2013 became a defining date … our life ‘before’ Jeremy’s death and new life ‘after’. However, a workplace tragedy holds other life complications: legal proceedings. Charges were laid nine months after his death, and another nine months passed with court appearances and delays before Jeremy’s case was heard. A guilty plea during the 90-minute proceeding ended with a fine. Although this was an important milestone, it would take another 2 ½ years before the Coroner’s Inquest was conducted.

Throughout this time, Threads of Life became my second family – Miracle Number Four. I was matched with a Volunteer Family Guide (VFG). She walked alongside me, then prepared me and held my hand throughout both court proceedings. Outside folks told me this was my ‘new normal’ … and I wanted to throttle somebody. There is nothing normal about your 21-year-old son being killed at his summer job. I now understood the concept of how one could curl up in a ball on the bed and not get up. Fortunately, my VFG helped me avoid this path, and I now try to reciprocate this support to other moms who find themselves on this journey.

Here is what I have learned over the past (almost) eight years:

For me this means striving to be a better mom, wife, daughter, sibling and friend. Helping others through their grief journey as a VFG and other support systems. Finding passion through the Speakers Bureau program to educate high school, college and university students, along with organizations in our communities – that workplace tragedies are 100 per cent preventable.

Jeremy would have turned 29 this past February, and I wonder how these past eight years would have matured him. He was quiet and somewhat shy until you got to know him, could light up the room with his smile, and friends loved him at social gatherings because they were in for a fun time. He was academically strong; was an antagonizing little brother to Kaitlyn yet admired in his own right. To me, he was a young man with good morals, character, and charisma, that was loving life to the fullest.

As I write this article, it is my 8th Mother’s Day without Jeremy, and this journey continues. Yes, it has been difficult, however miracles have risen out of this tragedy, and I am able to balance joy into my life again. 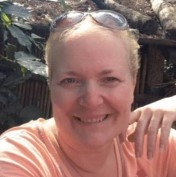 Elisa Kilbourne
Elisa is an active volunteer and family member who has shared her story with many workers as a volunteer speaker with Threads of Life.