He Made People Happy: Perspective on a grief journey of 29 years 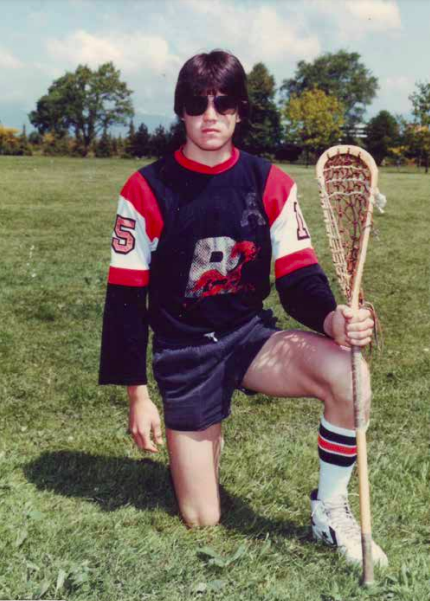 Twenty-nine years ago on July 17, 1992 at the age of 24, our son Donny (only mom and dad could call him “Donny” and to everyone else it was “Don”), was snatched from our lives in an instant. He was employed for five years in a wire rope facility and was operating a high speed winding machine, winding cable from a large spool onto a small one when the incident occurred. It seems his glove or sleeve got caught by a spur and this pulled him into the machine. The autopsy report calculated that given the rate of rotation of the spool, he would have died in 1.75 seconds. It takes longer to sneeze! Where was the protective shield? Why was he so close to the machine? Why was there no auto shut-off? Why was he working alone and why was there no one close by to shut the machine down?

You get the knock at the door and it is the RCMP. This is not good! But, how ‘not good’ could it be? Well of course, it was the worst. You rush to the hospital where he was transported. We were wisely advised not to view the body, so, this task fell to his uncle Gordie because he was so badly damaged. So no viewing, no kiss on the forehead, no touching of hands, no final goodbyes. He was just gone.

He left his high school sweetheart and a two-year-old daughter who never got to know her dad. You make the requisite phone calls and arrange for the service. Crowds of people at our house; hundreds at the service; flowers and cards galore, food galore. It’s a blurry and numbing experience.

And then it’s over!

People go home, people return to work, but, your family has been fractured and your lives have been shattered. You have lost your first born son. His brother Rich, 10 months younger, has lost his best friend and a little girl has lost her father. How do you move on when all future birthdays, anniversaries, Christmas, Easter, Valentine’s Day, family dinners and family get-togethers will never be the same?

We knew from the get-go that Donny would be very upset if he thought our lives would be defined by his last 1.75 seconds, rather than how he lived his life in the 24 years that preceded them, i.e. how he lived his “dash.” What did he cram into his 24 years that we could emulate and adopt so we could feel better about ourselves, help us to heal, and maybe help others?

We decided to focus on his whole life and not how it ended.

As a proud member of the Gitga’at First Nation of Hartley Bay, B.C., Donny learned early to be respectful of others and especially his elders. But, he took this concept to another dimension to include all family, friends, teammates, classmates, and work mates regardless of who they were or where they came from. There was zero tolerance for bullying and racism in his realm. Okay, we’ll make a concentrated effort to do a better job in that area.

Now, we work on our anger–it doesn’t help anything or anyone. Hockey, basketball, lacrosse, football, rugby—refereeing, playing, and coaching, there was never an angry moment in any of his activities or personal interactions. We can do that!

Criticism and cynicism of others? This is not right on so many levels. He knew it; he practised it. It’s very hard to walk back hurtful comments. Okay, maybe that needs more effort. It’s a continual work in progress.

Smile, be honest, be sincere and truthful. These were his calling cards. Simple acts that all members of society should adhere to become responsible members of that society. He made us aware of these through his deeds and actions and we’re trying to pay that forward.

He was a registered organ donor, so, his eyes were donated to the eye bank and we encourage those who are capable and qualified to consider this option. He was a regular blood donor, so are we. Giving to others made his life fuller and we want to continue that legacy.

The community has done so much to honour Donny’s memory. For years after his death an annual Richmond, B.C., old boys’ field lacrosse game was played in his honour and the game trophy was given to: “The player who most enjoyed the game”.

Also for years, the Honolulu International Field Lacrosse Tournament was dedicated to his memory. Two cash scholarships were given to academic achievers in the Richmond Minor Lacrosse Association.

There were numerous good happenings that we remember and cherish to this day. There’s also numerous grandchildren and one great-grandchild.

As I write this, July 16, 2021, Kelowna BC and indeed the country is learning of the deaths of five construction workers due to a high rise crane collapse. The response is always the same: “this should never have happened”. But it did. The madness and insanity continues for other families.

So how did it all work out for us after these 29 years and counting?

We reclaimed our lives in his memory. Are we making a difference in other people’s lives? Hopefully. Do we feel better for trying? Definitely! He wasn’t perfect, no one is, but he was some version of it.

Sure, we have our moments. We still cry but not as much as yesterday. Of course we still miss him, but he gave more than he ever knew during his short stay with us and hey, he’s going to be 24 forever.

At his service his minor league soccer coach approached us, tears flowing down his cheeks, and he could only utter four words, “he made people happy.” This phrase resonated with us and we’ve never forgotten it.

Donny’s friends funded a memorial bench for the seawall in Vancouver’s iconic Stanley Park. The plaque states his name, his “dash”, with dates on either side and those four precious words, “he made people happy.”

We can all do that. That’s an easy one!

Latest posts by Barry and Linda Gladstone (see all)