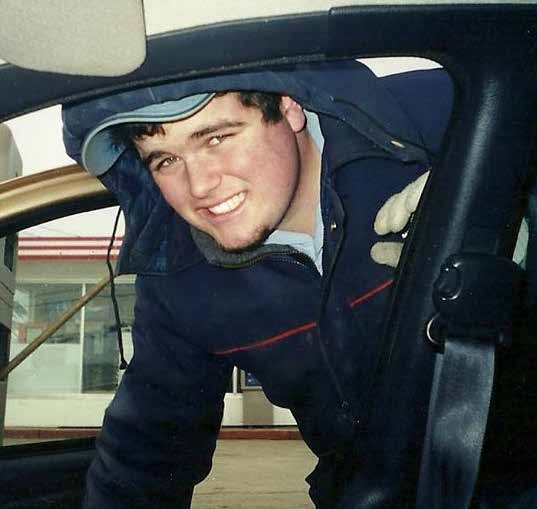 Jonathan came into this world on April 4, 1983 full of life and never stopped living that way.

Jonathan loved anything with a motor. The faster it went the better it was. He was a typical young boy who grew up wanting bigger and better things for himself.

Jonathan became a big brother to his baby sister Allyson at the age of seven. He loved his sister more than anything. They were like typical siblings, though, as they squabbled and argued but that just brought them closer together. Jonathan’s big dream for his sister was for him to pay for her university education, which of course never happened.

He worked in a local gas bar in our small village of Jacquet River, NB during high school. After high school he decided it was time to find a job and career he loved and to do this he headed out west like many young men. He left in 2003, starting out in the outskirts of Edmonton, Alberta working in a local factory while living with his aunt and uncle. He soon left there to head to Grande Prairie to room with some of his NB friends, finding a job as a well tester for a well testing company in the oil and gas industry.

Jonathan loved his job. He would call home all the time, telling me how he’d found his calling, loved his co-workers and was constantly learning new things, taking all the courses he needed and had big plans. He bought himself a dirt bike, loved the sand dunes he drove it in and of course he had us send out his pride and joy, his white Z24 car, by rail.

On January 13, 2005, our lives would change in ways we never thought imaginable. A knock on the door at 5:00 am on January 14 proved to be the worse knock of our lives. A local RCMP officer was at our door. I let him in and all I heard was, “I had a call from the Grande Prairie RCMP”. I knew right then and there my precious 21 year old baby boy was gone and life as we knew it, would never exist again. I had to tell his sister Allyson that the sibling relationship she knew had just changed and now she became an only child, a relationship we did not want for either of them.

The trial took almost four years and was full of agony and consumed our lives. The company was charged but then appealed the court’s decision and with a different judge in a different city, they won the appeal. No one was held accountable for my son’s death. Jonathan died from suffocation due to lack of oxygen while working in a separator shack. He was asked by his supervisor to remove bolts from a bolt head. The supervisor did not do a hazard assessment of the shack nor give him a H2S (hydrogen sulfide) monitor. The vessel that was attached to the bolt head had been shut down because a part broke due to the minus 40 temperatures. It was still left so not to freeze up, and condensation was forming. When Jonathan removed the bolts, the gas seeped out, taking my son’s life.

I was always one of those people who never thought this tragedy could happen to us; one of those who was sad for others who lost a child but in all honesty could not fathom it happening to me. BUT it did. I became the mother of an angel, mother of a child taken too soon and too fast. The mother left with a hole in her heart, a piece of her missing forever and a family that we now knew was changed forever.

It’s been over 13 years now. I have gone through all the stages of grief over and over again. Some days feel like yesterday; some days are harder than others. It destroyed a lot of what I knew, not only the loss of my son but the loss of my family as we once knew it. My grief has not been easy for others to understand but I did what I needed to do in order to survive. Attending other therapies and loss groups along with Threads of Life is what I needed as I am still moving one foot in front of the other.

The investigator for the case told me about Threads of Life and I have been a member of the speakers bureau, the Steps for Life walk and family forums for over 10 years. Threads of Life helped me when I needed it. It helped me realize that I am not crazy, that what I am feeling is my new normal, that I can share my feelings and story with others who have lost a child. It showed me that there are way too many of us sharing the same loss and feelings but it sure helped me keep my sanity. 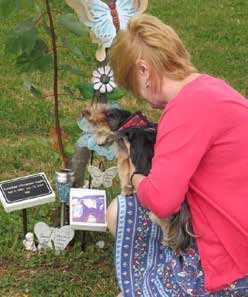 Over the years I have taken my loss and used it to help others – it has helped me show more compassion, love and I don’t let a chance go by to tell my husband, my daughter and my family and friends that I love them. It has helped me in my nursing career. I reach out more now giving my respects, hugs and love to others. I also planted a tree in Jonathan’s memory in the ever-living forest at the International Children’s Memorial
Park in Freetown, PEI. A place we visit every year and a place of serenity and reflection.

I now am able to enjoy life. I can laugh, I can smile, I still cry but I know my son is with me no matter where I am or what I am doing. He shows me signs all the time and he is always in my heart.

My son is forever 21. I miss him every day and I know we will meet again!

Arlene Vogler
Arlene is a mom to two - one who is forever 21. She's been an active member of Threads of Life for more than 10 years.