Coping in the wake of tragedy 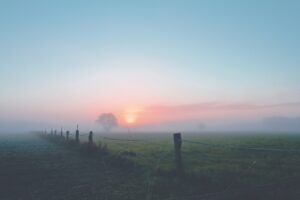 If you had asked me what I wanted to do after graduation it was a quick answer. I wanted to be a paramedic. Little did I know this decision would change my life in ways I could never imagine, for better and worse.

As a teenager I did anything I could to prepare myself for this career. I volunteered with the St. John Ambulance and the Canadian Ski Patrol. Here I was getting great experience and training, with the satisfaction of helping people in their time of need. However, during this time I realized that there was one area of my chosen path that I was not comfortable with, that being death. So what better way to fix my fear of death, than to work at a funeral home! I worked as assistant and completed duties such as removal and transportation of deceased from hospitals and accident scenes. I had probably seen more death by the time I was 20 than most do in a lifetime. But I felt more prepared.

I was accepted to a paramedic program in the fall of 1998. I was too young to enter the program which had a minimum age of 19; however persistence paid off and they accepted me. If I was to introduce myself to you back then I was Mike a Paramedic, as if you could not have guessed that from bumper stickers, sweatshirts and certificates. I was immensely proud of my accomplishment and started my career in Nova Scotia. It was different now; I was the one responsible for what happened in the back of the ambulance. This was a lot of responsibility for a 19 year old who lived a relatively sheltered life. I saw some terrible things that challenged me professionally, including a child hit by a car and a love story with a tragic ending on the Trans-Canada highway.

Then it finally happened: a job offer in my hometown of Saint John NB! I was settling in well, and when I thought it couldn’t get any better, a shift with Mike who mentored me before I even started my career. We were working in Sussex and it was an early spring night shift. April 27th 2001 around 05:30 a.m. our pagers went off. Respond to a motor vehicle accident near the Roachville Exit. More information came in that we were responding to a single vehicle that had rolled over and was on its side; didn’t think anyone was inside. This area was a terrible spot for accidents due to the configuration of the exit. Having been to calls there before, we assumed it was a drunk driver who went off the road and ran.

I remember it was foggy and cool and very dark. I remember the terrible feeling when we realized the ‘single vehicle’ was a bus. As we exited our ambulance you could not hear anything. The cool foggy air was silent and we were met by the smell of freshly-turned topsoil that had been disturbed by the crash. Armed with a stethoscope, bag and a pen light I made my way down the bank to the bus, still on its side. My chest felt heavy and I started to breathe fast as I took the first step through the hole where the windshield used to be. It was completely dark, my feet were covered in mud and I was slipping on the windows trying to walk to the back of the vehicle. I was met by a man looking for his glasses, who told me there were people trapped at the rear. My mind and body were saying turn around and run away; my gut feeling telling me that what I was about to see was not good. I found a young male with his arm trapped under the bus. He was awake and must have been terrified but was holding it together remarkably well. Little did he know he was helping me as much as I was helping him. Directly behind him was a pile of bodies, three people. I did a quick check and determined that we could not help them and continued to care for the trapped male. It seemed like forever before the fire department arrived and used air bags to lift the bus. We talked about everything from baseball, to where he was going on his trip. I recruited the guy who lost his glasses to hold my light and equipment (thought it was perfect he couldn’t see). We were also visited several times by a woman who was frantically looking for her daughter. Although I was not sure, I was afraid I knew exactly where she was.

We got the young man out and into a waiting ambulance – he was nearly the last to leave. The bus was a tour bus full of children going to Nova Scotia for a band competition. Luckily there were not many severe injuries; you were basically fine or dead. Once I had passed on my patient I remember stepping behind the fire truck with my partner to decompress for a moment, as the scene was now a buzz with investigators, police, fire departments and even a CNN satellite truck. Then we returned to the hospital, cleaned up and completed shift change. I went home and had something to eat and remember seeing the incident on the news; it looked like it was a world away but in reality it was just down the road and I was there. I went to bed and got a couple hours’ sleep to get ready for my next shift. My supervisor offered me the night off but of course I was having nothing to do with that.

Life and work went on. We received an award for EMS Call of the Year from the NB Ambulance Operators Association. This seemed bittersweet. Although it was nice to be recognized by my peers, it also brought up the memories of that day. And then there was the anniversary and the story was in the media again. My partner and I visited the scene and found remnants of the accident still there a year later: pieces of glass and sheet music that flew from the bus as it rolled over.

This became one route out of Sussex that I didn’t like to take anymore. I remember driving by and instantly feeling sick and sweaty with my heart racing in my chest. I moved on and grew in my career and life was good, however every spring like clockwork I would experience trouble sleeping. I went to my family doctor a couple years in a row and got sleeping medication, and tried speaking to a counsellor, too. This type of therapy didn’t seem to work well for me – ‘close your eyes and take me back to the day’; WHAT?!?! Are you kidding me?!?! That is what I am trying to forget.

I coped by leaving the light on at night and leaving my uniform – my suit of armour – in my locker with all the hurt at the end of the day. I didn’t talk to anyone about what I was going through – I didn’t want anyone to think I was weak and I also didn’t want to burden them. The problem was that, more than not talking about this subject, I was withdrawing from as many social interactions as possible.

June 18th 2005 I married the love of my life, Dawn. Our dreams were coming true as we built a horse farm on 60 acres of land with a million dollar view. It was her horse that brought us together and we had a mutual love for them. I was focusing on this new and exciting beginning, which was all fantastic until spring time came along. I literally thought I was dying when I stepped into the dark, cold, foggy aisle of the barn. It was dead quiet and all I could smell was freshly-turned topsoil caused by the horses running around. I had never felt so afraid and out of control since the day I stepped through the windshield of that bus.

I found that a couple of drinks before bed worked wonders for me, just enough to take the edge off. I would switch between whiskey and red wine. I still was not talking about this, so my new wife had a partner who was not willing to help out with the barn, drank and did not communicate with her. I had moments where I would come home alone and be paralyzed with fear in the car; I could not even walk into my house that was in darkness. My self-medication increased to three or four drinks before bed, plus Gravol to settle the nausea.

Being a husband and father I knew I had to do something to get well. I went to my family doctor again for sleeping pills. This is when my doctor said ‘you have the symptoms of PTSD and we need to help you.’ I am sighing again as I write this – thank you; finally.

Since then I have started on two different medications, an anti-depressant and another that controls adrenalin spikes. This was a good start on the road to wellness. I attended a conference put on by Safety Services New Brunswick. I had no idea how much one of the sessions would change my life. Dr. Joan Wright’s explanation of PTSD really stuck with me and soon I was sitting in her office. In just a few sessions Dr. Wright was able to walk me through the incident and what was happening to me. I couldn’t believe that something I had been suffering with since 2001 could be helped with the right medication and the right doctor! Although I am not cured I am coping much better. My next challenge is to get back to eating right and exercising.

My years as a paramedic have changed me forever, good and bad. It is a job that I was extremely proud to do. I will never forget driving to work one snowy day when I saw a car off the highway on its roof. I pulled over and was met by a young woman in shoes and short sleeves carrying a baby. I barely got the words ‘I am a paramedic’ out of my mouth when she handed over her most precious procession. Although I had many bad memories this is one that still makes me feel proud to have been part of this profession. I am not telling you this story for attention or sympathy. I am telling you so that you or someone you love can find help when they need it. If you are finding it hard to cope or notice that a loved one is, please reach out for help. It took me over ten years to get the right help at the right time and those are years of my life that I can never get back. Don’t waste another minute. Get help and be well.