Never Given the Chance to Miss Him 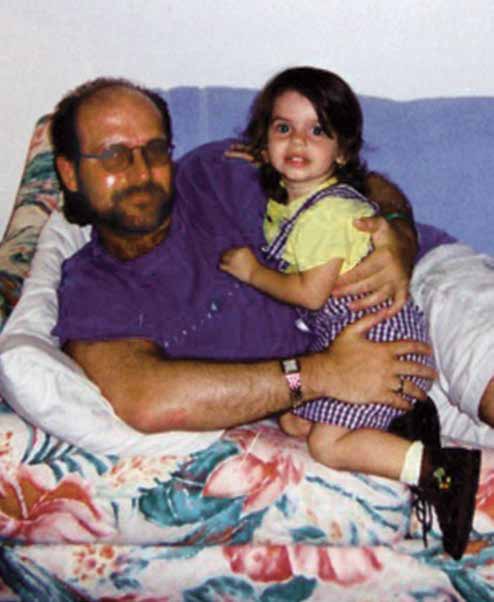 When I was four years old, my father died while at his workplace. He was a field engineer on a construction site. One Friday afternoon while marking lines, he was asked to help brace a wall in the elevator shaft. He and his apprentice Mark went to assist their coworkers. What should have been a quick hand resulted into something a lot more severe. There was a wall above the shaft, and the workers were pouring concrete into it from above. The wall broke, dousing my dad and Mark in concrete. The platform they were standing on collapsed under the concrete’s weight, sending them 18 floors to the parking lot garage. The investigation discovered that the wall was built with inadequate material, which is why it broke. The safety platforms they were standing on were also not done to standard and built using rotted 2 by 4s. If they were built correctly, my dad and Mark would have survived.

The night of the accident is something I can’t remember. I was only four years old; not many memories from that age really last. Most of my memories are recollections from family. The officer arriving at the door when my father didn’t return home, my mom being hit with the news, family and friends gathering together to mourn. I was told that there were many unfamiliar faces during that time, and the chaos was something that scared me – someone I loved went missing, and then everything began to change for the worse. Although I can’t remember what happened that night and the following days, it still impacted me, and continues to.

School was strange. Father’s Days were something I didn’t know what to do with. I would always make something for my mother, or an uncle, but it was a reminder that things weren’t as they should be. I didn’t get to do any father-daughter bonding activities, and the concept of how those relationships were supposed to work was unknown to me. I was scared at school. Something very important to me had been wrenched away when I was apart from it, and I began to feel that my parents, family, anyone anywhere just wouldn’t come back home – it had happened once already.

My mother was involved in Threads of Life a few years after the tragedy, working to be heard and advocate for safe working environments. I went to a few support centers for grieving children while I was young to help me cope with what had happened and all of the chaos and sadness that had come into my life. When I was five, I went on my first ever Steps for Life walk with my family – though I’m told I didn’t do much of the walking. Five-year-old me was pretty lazy, and I was pulled around in a wagon instead. I became more in touch with Threads of Life after I grew older and was able to understand and want to change how things were, so nothing of this nature could happen again.

Something that is the scariest is that I can’t say that I miss my father. To miss someone, you have to know them – build memories, share time, grow up with them enough to remember their faces after they die. My father died when I was young. I was never given the option to remember him. It feels as if I’m supposed to miss something, someone incredible who impacted my life. All of the stories that people tell me are of a wonderful, amazing man who I would have loved to get to know, and who would surely be proud of me today. That we might have been able to attend my high school graduation together, or go on a relaxing car ride when school got too stressful for me. But the thing is, I was never even given the chance to miss him. I don’t remember him. I just miss what should have been, what was unfairly taken away so long ago. And I hope that no one else has to grow up with a hole in their chest of the family that they wished they could have loved.

I cannot quite pinpoint just when my grief fog began slowly to dissipate. But as I re-read my copious journaling from the first few years, it seems to coincide with a lessening of the drive to journal my sadness, anger, frustration and despair. At some point, the fear not of death, but of life, eased. I wish I was not in this “club”, but it has helped to know that when some say “I understand”, they truly do.

Kirsten deFilippis
Kirsten is a Family Member of Threads of Life.