Learning the Workings of a Family Changed Forever 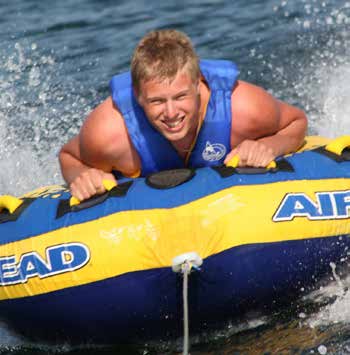 ​September of 2014, I had been a critical care nurse in a busy neuro-trauma intensive care unit for 22 years. I had been with many families over the years whose loved one was going to have life-altering injuries or was going to die from their injuries/illnesses. Being relatively naive and uneducated on the long-term effects of grief, I just assumed that they would be sad for a while but eventually their lives would return to normal. I have learned that karma has a nasty way of showing you reality and on September 26th, 2014 I got the hardest lesson of my life when my 17-year-old son Adam was tragically killed at the end of his first week as a co-op student in an auto recycling facility.

Adam Richard Keunen was born May 11, 1997. The first born of my twin sons. These beautiful blonde boys were born on Mother’s Day, a special blessing only given to a select group I often told myself. Raising one child at a time can be busy but two active, mischievous boys was certainly a challenge at times, not to mention also having a two and a half-year-old daughter. The boys were always busy building farms all over the house with their toy tractors and were always imitating the chores their father Rick was doing on our large dairy farm in the Niagara region. They proved many times that it was almost impossible to fence them in. I remember looking out into our fenced back yard one afternoon, believing that they were confined and that I could get some house chores done. As I looked out, I saw Adam holding up the bottom of the fencing as Brad scooted underneath and then watched Brad hold the fence on the other side as Adam slid under.

We learned early that these two needed to be kept busy to burn off some of their energy, so they were enrolled into a variety of high energy sports: hockey in winter and ball hockey, inline hockey or lacrosse in the summer. We were that hockey family always at the arena or travelling to some tournament in various parts of the province, the USA and even to Europe for 10 days; a trip for our family that combined hockey games and sight-seeing in Germany, Austria and Czech Republic. A memory that we will never forget.

Adam loved sports and the outdoors. He loved to hunt and fish and was so proud of the buck he shot with his cross bow, the first season after getting his hunting licence. He commented on Twitter in July of 2014, how many more days until hunting season opened. Ironically, we buried Adam on opening day.

Adam loved welding and auto mechanics and was going to use his grade 12 year to decide which trade he would pursue after high school. To graduate with a technical red seal on his diploma, he would need to complete a manufacturing co-op, so in September he removed a couple of classes and added a co-op placement.

Friday September 26 started just like any other day in the Keunen household. Adam and Brad left for their co-op placements, Bradley to the local John Deere dealership and Adam to an auto recyclers, both just minutes away from home. I remember seeing my husband Rick rush out the driveway with his green firefighter light flashing on the dash. Rick was a volunteer firefighter and the captain of our local department. About an hour after Rick left, he returned yelling for me as he entered the house. He made it up the 14 stairs to our upper floor in what seemed like three steps. I met him at the top. I could see that something wasn’t right. “That call, it was Adam. Adam is dead.” “What? How?” I responded. Adam was run over by a large payloader and died of a massive head injury.

I remember trying to figure out what to do next. How do I get the news to my daughter away at Laurier University? I didn’t want her to hear from a stranger, from social media or from a news bulletin. The most painful part of the day was telling Bradley that his twin brother was dead. He fell to the ground and pounded out his frustrations for over an hour. It tore out your heart knowing that you couldn’t begin to take the pain away from him. They had been together since conception. The duo of destruction or the twin towers, as we lovingly referred to the two over the years, would be no longer.

At approximately 4 pm a plain-clothed police detective from the Niagara Regional police department showed up in our driveway. I immediately started questioning him. How could this have happened to our son? Safety precautions had been engrained into
Adam and Brad from a young age as there was always large equipment moving about on our farm.

Detective Carter informed us that Adam’s job that morning had been going down rows of cars, picking up tire rims to be welded together to support wrecks in the yard. He explained that the Niagara Regional Police were investigating with the Ministry of Labour but that details would take time to process.

Detective Carter tried to talk me out of seeing my son. I explained to him that I had been a critical care trauma nurse, I knew what I was going to see but I needed physical proof to start processing this horrible reality. I saw Adam in a black body bag in the back of the coroners’ van before it was taken to the forensics lab for a full autopsy. The forensics team yelled at me not to touch the body. I remember turning and looking at them calmly and saying, “so I can’t give my dead son a kiss goodbye?” I don’t think they had ever seen a mom so calm in such a horrible situation. I was told the following week that I had freaked them out. “Do what you need to do Mrs. Keunen” was their response and I proceeded to give my son a kiss on his right cheek. The first of two. The second would be in his casket before we shut it forever.

The next few days were a blur of people visiting, police visits and meeting with school officials. We had TV crews outside our home and the funeral home, and our devastation was now being broadcast on national TV. Newspaper reporters and politicians were calling to get our statement about the co-op program. At the time of Adam’s death, the Occupational Health and Safety Act didn’t include co-op students and other ‘unpaid learners’. Because of this, the Ministry of Labour wasn’t able to be lead investigator even though this was a workplace death. This meant the Niagara Regional Police Department would lead the investigation. This was definitely a unique situation for the Ministry of Labour.

On a cold winter day in February 2015, my husband Rick, my son Brad and I sat with the Ministry of Labour representative, a detective from the Niagara Regional Police, and the police sergeant. Detective Carter who had handled much of the investigation with us was off but sent a message noting that if we still had questions following the meeting, he would be happy to answer them. This meeting took less then 15 minutes. We were told they concluded that Adam was walking beside a moving pay loader. They knew from the driver that Adam had thrown a tire rim into the bucket on the front of the pay loader. They couldn’t conclude if Adam was thrown off balance or perhaps his sunglasses fell off and he bent to pick them up. Adam was hit by the ladder of the payloader and thrown under the rear wheel. He died of his head injuries. We were told that there would be no charges laid because “everything was up to code”. The Ministry of Labour representative told us that changes had been made to the Occupational Health and Safety Act in November 2014, but it wouldn’t impact Adam’s case because he died before the legislation changed.

This whole meeting seemed surreal to me. My son, who was so safety-conscious around equipment, was killed and no one even gets a hand slap? Where was the justice for my son? The detective from the Niagara Regional Police Department told me that “even the best swimmers can drown Mrs. Keunen” so the meeting ended with no answers, me in tears and a stupid cliché expression to explain my son’s death.

Three days later, I was still very angry and confused about the meeting and called Detective Carter. He spent three hours with us going through the evidence. We went through each case scenario and he discussed why or why not the evidence could be ruled out. He explained that because Adam was not a worker at the time according to the old Occupational Health and Safety Act, any charges would have to be laid under the Criminal Code and while there was negligence, the Criminal Code didn’t offer any options. The ergonomics report noted that there were only two vantage points of full visibility for the driver to see Adam and that Adam wasn’t in either one of those spots. The driver of the pay loader had 30 years of experience. He knew the safety precautions to take but didn’t that day for some reason. Were they trying to get the job done quickly before Adam left to go back to school? Were they cutting corners on safety? We will never have all the answers. The most important person here was unable to give his side of the story because he was dead.

On November 6, 2014, the Ontario government passed Bill 18 – Stronger Workplaces for a Stronger Economy Act which expanded the definition of a worker to cover unpaid co-op students and other unpaid learners, giving them the basic rights held by all other workers.

For our family, this one death haunts us daily. We are still learning the workings of this new family without Adam in it. We have learned to walk with this constant limp that never goes away. Some days it is incredibly painful and yet on other days we seem to manage. We have been fortunate to have an amazing psychologist who has helped each of us deal with our struggles of grief. The support of our family and friends has also gotten us through some really dark days. Holidays and celebrations are a constant reminder that our family is missing an important link. My husband Rick battles PTSD as a result of the horrible call that as a parent, he never should have witnessed – such a sad reality for many rural parts of Canada, often times our first responders know and may even be related to the victims.

What I have learned through my journey with Threads of Life, is that I don’t walk this journey alone. We are all threads in their quilt of workplace tragedy. All of you also walk with a limp and sometimes we must help one another deal with the pain of that limp. 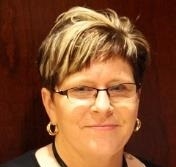 Elaine Keunen
Elaine is a mom to three children – a daughter and twin sons, and a registered nurse specializing in neurotrauma and emergency medicine. Along with her family, she also operates a multigenerational dairy farm. In 2014 their lives were changed forever by a workplace tragedy, and Elaine shares her experience as a member of Threads of Life's speakers bureau.