Sharing in the challenges and joys of recovery from severe burns

Six simple words. Six words which had the power to affect the lives of Vance and others.

That question – that response held hope of survival. I knew Vance in that instance needed every resource available if he was to see tomorrow and the tomorrows after that. I stated to Vance’s friends “What are we wasting time for?” They drove me home to Vance. Minutes later EMS were driving Vance and me to Prince County Hospital. I knew Vance would be going further and when asked I told the ER doctor, “Halifax, I have family there.”

I knew the recovery would be long. I had no idea of how long the recovery, how complicated the injuries. I did know Halifax had a burn unit associated with Dalhousie University Medical School. This would mean top rate specialists, updated knowledge and extra resources. A decision I have never regretted.

Vance had decided to do a couple of jobs in the welding shop. As he crouched down to cut a steel rod, a piece of steel flew over his shoulder, landing on the cutting hoses behind him. Welders keep the cutting hoses and tanks behind them as a safety practice. This particular piece of slag burnt through the hose creating a blowtorch out of the hose. An explosion behind him, the hose travelled across Vance’s lower front legs and back across his abdomen. Vance turned immediately to shut off the tanks, dumped water on himself, and ran for the garden hose. Our daughter Jewel, hearing a noise, looked out the patio door and saw her dad running for the garden hose. Phoning 911 she stated the facts and ran to assist her dad. Starting to mist the water on her father, she was quickly joined by two family friends. They would take Vance from the patio, drop and roll and use the patio umbrella to extinguish the flames while Jewel continually misted.

I agreed to be Vance’s chief caregiver and advocate. Estimated time frame: five years. I had the life skills and experience to do this. I knew I could only take one day at a time – don’t worry about yesterday or tomorrow. I had to focus on this day, this hour, this minute. 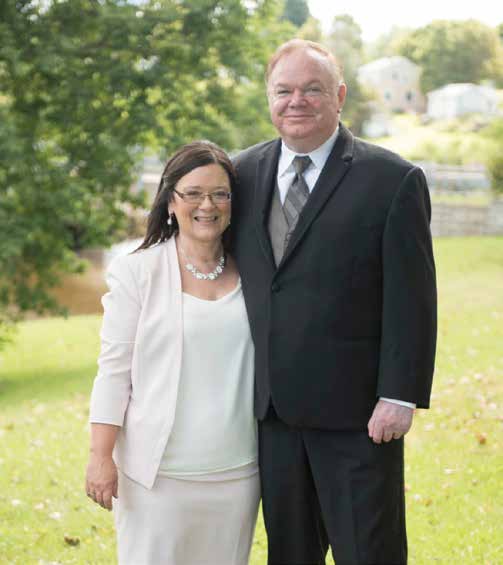 Vance has continued to set new goals & challenge himself.

I was in for the long haul. This role will demand total immersion in the task. This was a role I wouldn’t survive without setting limitations. Some would call this survival. Failure was not an option.

Halifax is a four-hour drive from home. The night of the accident it was foggy. Driving over with family we were kept updated by my brother who was at the Queen Elizabeth Health Science Centre. He had met the burn specialist who was waiting for Vance’s arrival. We would be arriving shortly after Vance’s ambulance. The doctor asked for the details. Hearing the burnt skin had been misted with cool clean water by our daughter he stated, “She saved his life; he has a chance.” The waiting game began. It was midnight, where had the time gone? I would hear he will live the night, later he will make the day. The time would increase until I heard “he will live.” There was no idea of the quality of life.

My daughter and mom stayed with me those first days. I would sleep every chance I could as I knew I was in for the long haul. Vance would be in the ICU in the early days. He was in an induced coma until he stabilized to the point where he could be transferred to the burn ICU. During this time, I met members of Vance’s medical team. This team included medical staff of various disciplines who would be involved in his care while at the QE II. Later I was told the staff had been watching me. They determined I could handle anything. They were planning to teach me what I needed to care for Vance post-hospital. I was ready. Life had a new routine. I would be at the hospital in time for the doctor’s morning check of Vance’s condition. The burn nurse would give an update since I left the hospital. I would spend the day talking to Vance, holding his hand, washing his face, creaming his hands and feet. I read when he was sleeping. Gradually I would take a more active role – assigned physiotherapy exercises on the weekend, nail care and other duties as requested. The day came when I was told to go home to PEI but be back tomorrow. Vance had improved enough I could do this.

This role of chief caregiver and advocate I accepted is not a role for everyone. The magnitude of the injury is one factor to consider. I am in good health and physically fit. I had a support system. Life experiences, education and work experiences had given me a strong skill set. I knew I had to look after myself to be there for Vance in the long term. I will share a few of these points with you.

Team Player: Vance’s recovery depended on the need for everyone involved in his care to share knowledge that could impact care decisions. In the hospital, notes were made on his medical chart. At home we encourage necessary notes to be made in his journal. Vance has three heart stints. His caregivers had recorded loss of colour, turning blue in the face. Documentation enabled the family doctor to refer Vance to his Halifax cardiologist.

In the hospital Vance was cared for by a variety of nurses. He enjoyed conversations with each one and as a result was seldom bored. We encouraged home care to assign more than one worker to Vance’s care.

I was a team player in the hospital. I could monitor Vance when a nurse had a task elsewhere. I knew where to go if Vance needed assistance. If Vance’s doctor had to leave Halifax, I was in Halifax. Should Vance have a crisis, one of us would be in town.

Mommy Time: I am a mom to two older children but this does not change the need to spend time together. In a crisis the need is enhanced. Simple things like shopping, cooking a meal together, watching a movie, attending church or a sporting event reassures parent and child that some parts of life can be normal. Mom’s love is constant. Mom needs this time to gauge how the child is doing. I was fortunate as family friends checked in with our children to see if they needed anything.

Alone Time: The caregiver needs to look after herself. Each time I went home to PEI I was guaranteed eight-plus hours of alone time in the car. I could roll down the window and enjoy the mountain air in Nova Scotia or the salt air crossing the Confederation Bridge. I might listen to current news, country music or the 1970/80 music hits. Summer months featured a hot fudge Sunday at a favourite PEI ice cream place. If I was home for Sunday, I would join my choir or mom for lunch.

Look After Yourself: I went to the rink when I was home. A friend pulled me aside and told me to go shopping, get a new coat. “You look awful.” I did just that. The next trip home, she was happy. “June you looked as if you were sick.” You will get depressed enough; don’t allow yourself to get depressed looking in the mirror. If you are travelling, keep your vehicle maintained and take extra care for your safety. Let someone know when you should be reaching you designation. You don’t want family or friends worrying about you.

Be Firm: When you say “NO” mean it. Christmas 2011 I was not done with my shopping. Vance was scheduled for surgery. The doctor knew I would not be far from the hospital should a problem arise. I was standing at the checkout when my phone rang. Answering the call, I was told Vance had refused the surgery. How soon could I get to the hospital? Ten minutes later I walked (stormed I was told later) into the ICU. I could hear the nurse tell me to go easy on him. Slam went the door. “Just what do you think you were doing?” I asked Vance. “I want to go home.” For the first time Vance heard the facts: he needed the surgery. He was on IV, a feeding tube, monitors, he had areas with no skin. He could not walk. He could not get out of bed. If he left this room, he would get an infection. He needed the skin grafts. I could not take him home even if I wanted to. The doctor came in and Vance told him I had said some terrible stuff. The doctor assured him I had told him the truth. Vance went back to the surgery.

I said no to other situations. The rehab doctor at Queen Elizabeth in Charlottetown, PEI was insistent I purchase a van. I refused; I was not driving a van. Vance it was discovered could fit into the Dodge Ram and later his own Dodge Dakota. The Workers Compensation Board was planning to install a lift on the ceiling over our bed, purchase a hospital bed, and enlarge the bathroom at the cost of a spare bedroom. No. I argued we were going to wait until Vance arrived home and then determine exactly which renovations were necessary. It was determined these modifications were unnecessary. In fact, the status quo was an advantage as Vance was legally blind and knew the original floor layout.

Support Groups: In Halifax I met members of the Canadian Burn Survivors Association. These individuals shared their survival story. I knew I was not alone. Vance would become involved in this group. In this group he met individuals that knew firsthand the recovery process as he knows it. They can identify with the medical, physical and emotional issues of a burn survivor.

The second support group we were introduced to was Threads of Life, by the Workers Compensation Board of PEI. Vance is an individual suffering the aftermath of a life-altering workplace injury. In this group Vance has met other men struggling to find a new focus.

Time has flown since September 24, 2011. Our family shared 51 weeks in QEII, six months on the Queen Elizabeth rehab in Charlottetown, PEI and numerous hospital admissions related to his burn injury. This and a regular physiotherapy schedule are expected for his lifetime. Vance has continually needed to set new goals. No long-term care, no wheelchair, no ramps. Instead, he has managed walking, jogging and snowshoeing. He accepted the challenge of walking our daughter down the aisle and added an unexpected waltz. This year he held our first grandchild and plans in the future to teach her how to throw a football.

I am thankful for these eight years, seeing Vance grow in recovery, confidence and setting new goals. He has maintained his positive attitude and determination, which has played a significant role in his recovery. I see the joy in his eyes when he has reacquired or gained a new skill. Family and friends have supported us on this journey – may God bless each of you.

June Easter
June is a mom, wife, and a Threads of Life speaker sharing her story.