It didn’t take long for Johanna LeRoux to decide she was going to be all-in with Threads of Life. She was attending her first family forum, and at the end, there was a workshop about volunteer opportunities.

“I asked for all the information,” Johanna says. “I wanted to do it all.”

That first forum she describes as “life-changing”. After her son Micheal died following a fall from a ladder, she had been searching for some kind of support for parents of adult children. When she came across Threads of Life online, she realized it was a perfect fit. After speaking with Executive Director Shirley Hickman on the phone, Johanna agreed to attend the forum, and then suffered “all the usual questions and doubts” beforehand. When she got there, she says “we were just welcomed with such open arms and such warmth and understanding” that she was convinced she should contribute. 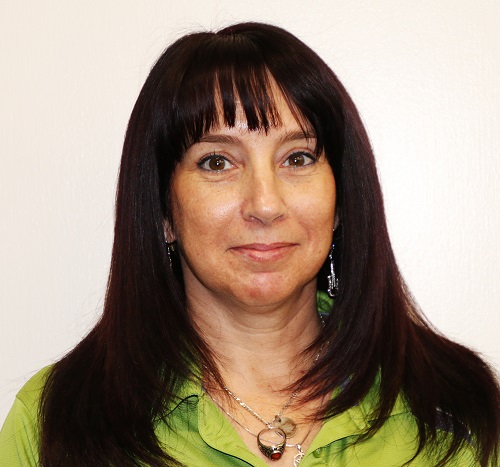 She felt compelled to give back because Threads of Life has given her so much, she says, and she has a desperate need to try to protect other families from what her family has experienced.

Within the next year, Johanna completed speakers bureau training, and then Volunteer Family Guide training. She walked in Steps for Life the first few years, but eventually was convinced to join the Midland Steps for Life committee, and moved to the Barrie committee when those two walks merged. In the past few years there, she has been responsible for media relations and outreach. Now she is also assisting as a facilitator for the new Threads of Life community peer support groups.

The irony of all these volunteer roles is that none of them come naturally to Johanna.

“In spite of how active I am, I really am an introvert,” she says. “Sometimes, for the things that are really important and really worthwhile, you make a choice to push out of your comfort zone.”

While she values all her volunteer experiences, Johanna admits that sharing her story through the speakers bureau lies closest to her heart. After training, her first presentation was to a full classroom of college students all preparing for work placements. She was terrified when she stepped to the podium, but she could see as she spoke that all the students were focused on her message. When she finished, her relief was mingled with the sense that she had “found something that would help make something positive out of this, and help me heal.”

When the instructor told her one of the students in the class had actually gone to school with Johanna’s son Micheal, Johanna thought “maybe I made a difference”.

It wasn’t long before she was speaking in front of thousands of people at a Day of Mourning ceremony in Toronto’s Queen’s Park. Another highlight was a trip by plane and helicopter to a remote energy company town in Labrador, to give four presentations in two days for the company’s workforce. Over the years, she has shared her story dozens of times, to many thousands of people.

It’s something that “I would never ever in a million years have pictured myself doing,” she says, “but anything I can do that will help create awareness of Threads of Life, I will”.

In all her speaking, Johanna says, “it’s worth how hard it sometimes is. It gets more comfortable to do it. It doesn’t really get any easier.”

She approaches it all from the point of view that if she can change or protect just one person, then it’s worthwhile. And the opportunity to talk about Micheal is a huge motivation too.

“Looking back 12 and a half years to where I was, volunteering gave me my life back,” Johanna says. “It’s a pretty deep pit that you get into. Threads of Life really gives you the opportunity to try and turn something that was so tragic, so devastating, into a positive; to change the way the world sees workplace safety.”