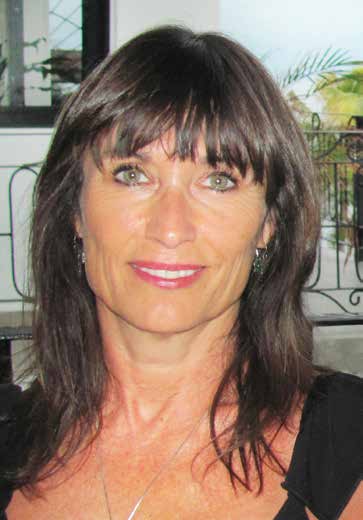 For Lynda Kolly, being involved in Threads of Life is all about connecting with others. The organization didn’t yet exist when her son Burton died on his first day working on a commercial fishing boat on Lake Winnipeg. Later, when she was asked to join the board of directors, she knew very little about Threads of Life “but I thought, you know this is something I believe in.”

On her own, and through an organization called Safe Workers of Tomorrow, Lynda had been speaking out for health and safety, she says, “but I found I needed to have more of a connection with family members who were experiencing the same thing as me.” She joined the board in 2007, and hasn’t stopped giving time and energy since.

Right away, she got involved in helping organize Steps for Life in Winnipeg. While she has since moved out of the city, she still volunteers on the day of the walk. She took training to join the speaker’s bureau, and became an in-demand speaker as well as a spokesperson for media interviews. And she joined the volunteer family guides, providing support and understanding to other parents after the workplace death of a child.

Through all of those contributions, Lynda’s favourite moments as a volunteer continue to be at family forums. As a family member attending, she says she always learns something useful at the session. But she also tries to “be involved as a helper” at the annual events. When doing public speaking to a group or with the media, she adds, she is able to honour and remember Burton, but she doesn’t necessarily know if she’s making a difference. But “at a family forum, you’re making one-on-one connections and you know you’re making a difference for that one person.”

After nine years on the board of directors, Lynda is stepping down from that role this spring. But she will continue her other volunteer roles with Threads of Life. And her reasons for volunteering, she says, are really no different today than when she first started.

“It has been my privilege to be a member of this board,” Lynda says. While her volunteer role has evolved over the years, and will continue to change, “my reasons have stayed the same.”

Those reasons include not only helping families heal through community support, but also the need to “speak up and lead the culture shift that will eliminate life-altering workplace injuries, illnesses and deaths.”

This article originally appeared in the spring 2016 edition of Threads of Life’s newsletter, Threads.
To subscribe to the print or online edition of our newsletter, sign up here.