The Story of Emily and Cliff

I was born and raised in Toronto and Cliff was born in Nipawin and raised in various places in Saskatchewan. Surprisingly, Cliff and I met in Toronto, dated and married in 1958. He was big and strong, very capable and just a nice guy. He was used to Saskatchewan temperatures, and I remember when we were dating in Toronto in the winter, he would come and pick me up just wearing a light jacket. He would say it wasn’t cold yet!

In the fall of 1966, Cliff and I and our two children decided to make a big move from Toronto, Ontario to Kamloops, B.C., but Kamloops did not meet our expectations. Cliff said “I always wanted to try my hand at farming”. So, we turned around and ended up in Carrot River, Saskatchewan, where Cliff had lived for many years in his youth. The part we liked about Carrot River were the winters (beautiful sparkling white snow). We farmed for many years and then at different times both Cliff and I obtained employment at the local mill. Cliff first ran the de-barker, including debarking timber burned in a forest fire, and later became a welder and millwright.

Now, this is my story about my husband’s occupational disease. As I understand, it usually takes a long time to realize that a disease happened at work. In our case we felt his problem had to do with age. 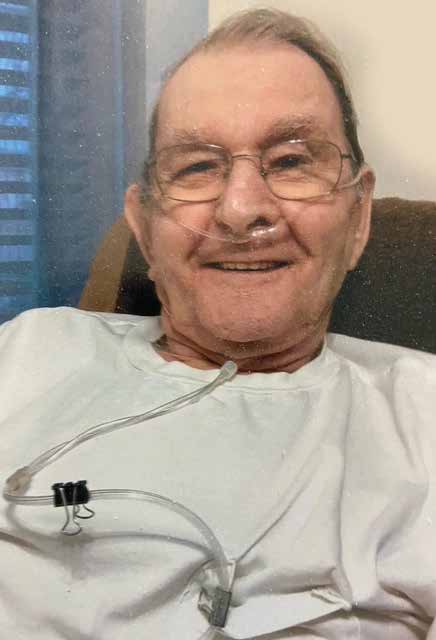 Emily Grimes, on her husband Cliff:

“He was a faithful worker who worked in difficult conditions”

In approximately 1995 the company my husband was working for made a major change to the mill. Cliff was 60 years old at that time. The changes in the mill were going to require Cliff to go up and down many stairs to get to the area he would have to work in. Cliff said to me he didn’t know how he was going to continue to work there as he wouldn’t be able to climb all the stairs. Just before the changes came into effect, the company offered an early retirement package. My husband accepted the offer and I decided to retire early as well. We moved up to Lower Fishing Lake. Cliff and I became very involved in snowmobiling in the winter and ATVing in the summer. Cliff also loved jumping into his boat and going fishing. We enjoyed many good meals of fish. This gave us many good years together. Around 2008 we moved back to Carrot River because Cliff was having to go to the doctor a lot.

Cliff started to have problems walking short distances. It was not until 2009 that Cliff ended up in the hospital with severe breathing problems. This was the first time that Cliff ever mentioned to me that he had worked with asbestos. When he was welding, asbestos was sometimes used to slowly cool the material being welded. I happened to meet up with Cliff’s former foreman, and I asked him if Cliff had ever worked with asbestos. His reply was yes. So, I said (insisted) to Cliff that he should apply for Worker’s Compensation. 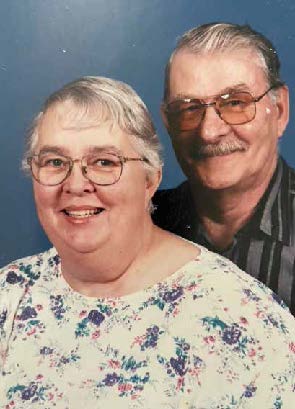 I am going to quote a paragraph from Cliff’s specialist’s report. “Mr. Grimes did smoke for approximately 30 years, but also had extensive, apparently uncontrolled exposures in the forest industry, particularly black charred wood dust. It is difficult to separate out the effects of his exposures. However, he was a faithful worker who worked in difficult conditions in which the environment was not controlled for many years. I believe there is a significant likelihood that the environmental exposures have been a significant component of the genesis of his serious disease.” You will notice that Cliff did not mention that using asbestos was part of his job.

So, Cliff applied for Saskatchewan Workers Compensation (SWCB). Upon speaking to SWCB I told them that Cliff no longer worked at the mill and the mill had been sold. SWCB’s reply to me was that they had handled those type of problems before. Cliff’s claim was accepted. From that time on, Cliff’s oxygen, equipment, medical prescriptions and travel expenses were covered. Cliff was not a person who complained, so we continued with our life as normally as we could. We continued to travel a bit and enjoy other activities. On October 2014 Cliff passed away at the age of 79. Through this period of time, we were always treated well.

In 2015 I moved to my daughter and son-in-law’s home. This move made my life more comfortable. Also, I am not alone. This was a good move. I keep myself busy making special crafts and crocheting.

It was SWCB that informed us about Threads of Life. My faith in God, and Threads of Life have helped me in dealing with grieving. I always enjoyed taking part in the annual family forums. I’m very happy that the conferences can now be in person again and I plan to be there this fall.