Ten of our favourite “Kleenex” movies from Threads of Life staff 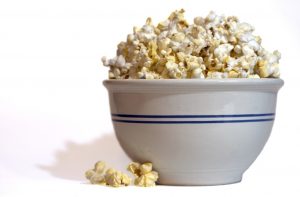 Life brings tears enough – so why do we sometimes go looking for more, in the form of sad or romantic movies? Maybe it dates way back to the idea of catharsis in Greek drama – that watching a tragedy allows us to release and purge our own emotions. More recent research from Ohio State University suggests that “watching a tragedy movie caused people to think about their own close relationships, which in turn boosted their life happiness.  The result was that what seems like a negative experience – watching a sad story – made people happier by bringing attention to some positive aspects in their own lives.”

Whatever the science behind it, Threads of Life staff got talking about the films we turn to when we “need a good cry”. (Keep in mind, you know yourself best, and what will or won’t be good for your healing. And some of these movies won’t be appropriate for all audiences – check the ratings!)

For a rainy day, here are ten of our favourite tearjerkers:

Heather Lyle – One that comes to mind right away is “The Champ“. It makes me cry every time, and I’ve seen it at least 20 times throughout my life – so far that is. The movie is a special one about a man and his son, and their trying relationship. Billy (Jon Voight) used to be a great boxer, but he’s settled into a hard life that revolves around drinking, training horses, and the one bright spot in his existence, his young son, T.J. (Ricky Schroder – who by the way is adorable in this movie, being only nine at the time of the movie’s release). Although Billy has had custody of T.J. since his wife, Annie (Faye Dunaway), left the family years ago, her return prompts a new struggle for the former fighter. Determined to hold on to T.J., Billy gets back into the ring to try and recapture his past success. Be prepared for the tears, and have a box of Kleenex ready for this one.

Kimberly Bondame – My favourite Kleenex movie would hands down be “A Walk To Remember”. It is about a popular high school boy (played by Shane West) who gets into trouble and has to do community service.  He comes into contact with a religious girl (Mandy Moore) whom he falls for despite their differences.  He finds out later that she is very sick and wants to make her dreams come true before it is too late. It makes me cry every time because it takes two people who would never usually have contact with each other and turns it into a love story.  It pulls them both out of their comfort zone and he gives her the best life she could have before she passes away of cancer.

Kevin Bonnis – Hey, boys can cry too, you know!  For me it’s, “The Curious Case of Benjamin Button“. It’s a story of a boy (Brad Pitt) who is born old and grows younger as time goes on. He is rejected by his parents at birth and found by a care person who works at a retirement home. He is raised by her and the story of his life is told. The ups and downs of life, loves found and then lost due to his reverse aging process.

Lorna Catrambone – My movie would be “Steel Magnolias”. It’s based in a small southern US town and follows the lives of a group of women. Great cast – Sally Field, Shirley MacLaine, Dolly Parton and a very young Julia Roberts. There is one extremely emotional scene – some great acting by Sally Field – that never fails to bring on the tears.

Sherrie Zajac – I guess my movie would be “What Dreams May Come”, with Robin Williams. It’s a movie about a husband/ father who dies in a car accident. He has a guide leading him through his rendition of heaven. The afterlife becomes whatever he imagines.  It is quite a joyous time for him – even his long-lost family pet is there to greet him – which brought me to immediate tears because I had just lost a pet shortly before watching the movie. Then his wife dies by suicide and is sent to the other side – hell.  He goes to save her from her fate and everything changes.

Kelley Thompson – “Beaches”, with Bette Midler. Hands down; makes me cry every time. It’s about two girls who meet when they are young and become fast friends. They lose touch with each other over the years, but reconnect when one of them has a life threatening illness. They spend a summer together at a beach house with the daughter of the dying woman. She eventually passes away and the friend agrees to raise the little girl. As soon as the song “Wind Beneath My Wings” is played I turn to mush!! Every time.

Lynn Danbrook – The one movie that will make me cry every single time is “The Notebook”. I have seen it at least a dozen times but I will still sob each and every time. It may be sad but it also provides a message of such deep and everlasting love. That message is truly inspiring and refreshing and yes, uplifting – even through the tears.

Sarah Wheelan – The movie that comes to mind for me is “Wild” (2014), the screen adaptation of Cheryl Strayed’s memoir “Wild: From Lost to Found on the Pacific Crest Trail”, chronicling her 1,100 mile solo hike following the sudden death of her mom. It’s such a powerful and raw exploration of losing yourself in grief and loss … and the struggle to find yourself again. There’s this one scene (don’t peek if you don’t want spoilers!) that gets me every single time.

Kate Kennington – “Simon Birch” is my go-to movie when in need of a seriously good cry. The story takes you back in time to the 1960s with two best friends growing up in a small town and their challenges of being different. Just before the flashback, the opening scene reveals Simon’s tombstone. For the entire movie as you fall in love with him you are anticipating his death. Even Simon’s belief that he has been put on this earth for a reason, to be a hero, doesn’t lessen the shock of losing him in the end. Fortunately, there are many good laughs to be had as well as tears in this sentimental film about friendship and the belief in who you are.

Sandra Hickman – I am the type of person who wears my heart on my sleeve, so when it comes to chick-flicks or ‘sappy’ movies as some may call them, I cry at pretty much everything. Heck I even cried at the animated movie “Home”! But truly one movie that gets me every time is “PS: I love you”. For me that movie just hits all levels. Watching the lead character struggle as she tries to find her ‘new normal’. Then the way that they portray the true love of the husband, to have the foresight to write all of those letters and know when to have them delivered – gets me every time.

What’s your favourite feel-bad-to-feel-better movie? Let us know in the comments section below!