A hard worker who loved to laugh 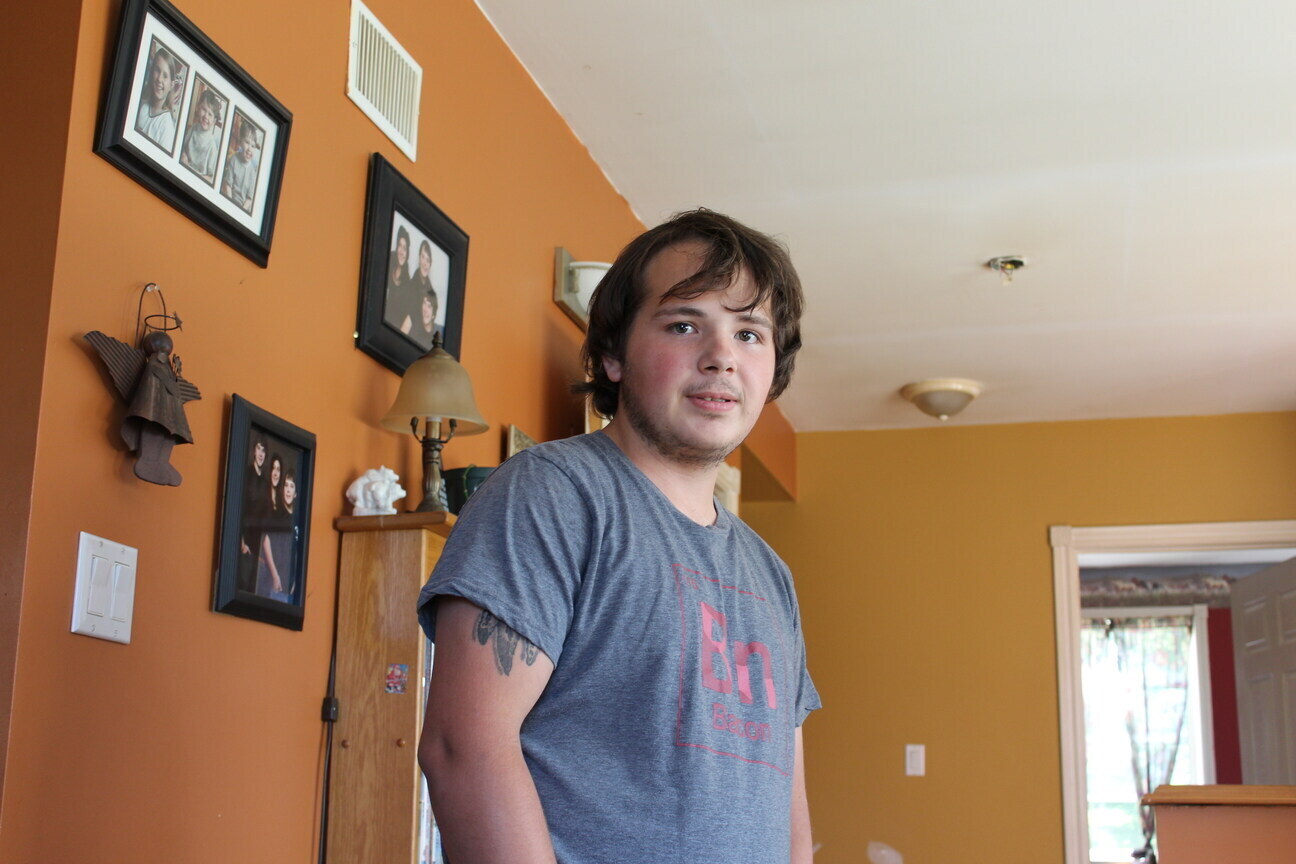 Ryan was the youngest of three and loved his siblings dearly. He was closest in age to his brother, Mitchell and they were inseparable when they were young. The two could always be found out searching for mud holes with the four-wheelers in the summer and hunting rabbits in the winter. Ryan also had a niece named Nora and a nephew named Keith who were children of his sister, Justine. Although Keith was only about three when we lost Ryan, he still talks about him and will become teary-eyed when doing so. Nora doesn’t remember him as she was only about nine months of age at the time. Ryan was all about family. He loved family outings, adventures, dinners and reunions. He and his brother would both wrestle with their father, Allan, and would always win.

Although Ryan loved his downtime, he definitely kept himself busy. He was involved in 4H but truth be told, he only did that in order to be on the Tug-o-War team. He attended the local gym and attended Taekwondo where he earned his black stripe in April 2018. He was lucky enough to have his uncle Greg, who taught Taekwondo and his uncle Trevor, who taught him how to play guitar. He was also involved in the Special Olympics. Ryan was a lucky man in that he had wonderful mentors while growing up and I will be forever thankful to those who were. He also had a girlfriend at the time of his death whom he cherished.

Ryan absolutely loved to laugh. He was always joking around, saying funny things and was always finding funny memes on the internet. At Christmas time, while he was wrapping gifts for his brother and brother-in-law, he would wrap items so that it was almost impossible to get into them. If he bought a case of beer for someone, he would spray it with spray foam which would harden, making it quite a challenge to free the beer. All the boys in the family did this type of thing so it was like a family tradition. His laughter was contagious and he had an unforgettable smile that could light up a room. As a family, we often sat around the island in the kitchen while we were talking. I remember studying his green eyes and cute nose, thinking of how handsome he was and how lucky I was to have such a wonderful family.

Ryan graduated high school and went on to attend the Achieve Program at NSCC. After that, he went to work and held down three part-time jobs, at the same time. He was employed with Allan’s Mill, where he bagged shavings, the Co-op Country Store where he worked on cash and stocked feed and EFR Waste Removal, helping out with the bi-annual clean-up. When he went to work for them, it was only temporary so his other employers agreed to hold his jobs for him. He had worked with this company the previous fall, but tragedy struck during the spring, when he lost his life on May 10, 2018. He would soon have finished his work period for them and on the day of his fatal accident, the crew was almost done for the day.

When I think back to that day, the details are all so clear in my mind. Ryan was heading off to work in the morning nearing one of his last days working for the waste removal firm. It was the last time I would ever see my son alive. He was 21 when he left us forever.

I will never forget the phone call I received that day. I was just on my way home from work and had to pull over as my mother was calling. We began discussing the fact that we didn’t have a family doctor and as I spoke with her, another call came in saying “private number”. I told mom I would have to let her go and that perhaps this was news that we had been waiting for about a family doctor. I answered the call. A nurse was on the other end and told me that Ryan had been in an accident while working. When I asked if he was ok, the nurse just told me to go to the hospital. I quickly called our family and told them to meet me at the hospital. The whole time driving there, my mind was racing, wondering what could have happened. I thought he may have gotten hit by a car while doing the clean-up.

Ryan’s brother, sister and father met me at the hospital and I will never forget, a nurse met us at the door and led us down a long narrow hallway. We went inside, got seated and she proceeded to tell us that Ryan had been in an accident while working and had passed shortly upon arriving at the hospital. We were all completely devastated. When asked how this happened, the medical team guessed that he had literally entered the compactor’s access door of the truck to urinate, tripped and somehow activated the compacter switch crushing him inside the truck. It is now a known fact that workers were urinating in the back of the trucks while working in residential areas and where there were no bathroom facilities available.

The Nova Scotia Department of Labor immediately put a” stop work order” on the truck and took it away to inspect it. An investigation would then begin. In the days and weeks following Ryan’s death, the questions we had were mounting. The investigator told Ryan’s father and me that it could take years to get answers to how this could happen. It did take that length of time to get answers. The investigator’s conclusion as to what happened that day was that Ryan had tripped while inside the truck and somehow activated the compactor switch. As for why there was not a lock on the access door or a device to prevent the compactor from engaging, that was the company’s failure to ensure those things were put into place before this event took place.

EFR and Royal Environmental Group had four charges laid against them, which included failure to have a lock on the door to prevent access of unauthorized workers, and failure to install an interlocking device to ensure that in the case of an accident, the compactor would shut off. It was a shock to us to learn that the truck being used that day, was previously used in Ontario where it did have a lock on the access door.

This tragedy surely could have been prevented. Sometimes I think that people need to learn so much more about workplace health and safety and at younger ages. This should begin in school as many young people may be unaware of what dangers could lurk in the workplace and most importantly, they need to learn to tell someone when they think that something is dangerous. Many young workers, such as Ryan, just follow suit on either what they are told or what they see is a common practice, whether it is safe or not. They need to learn that if they address an issue, it needs to be followed up on and that they should not fear repercussions for filing a report on their own behalf as well as fellow co-workers.

In the end, the companies were levied $57,500 dollars in fines and surcharges and had to pay $50,000 to be used to put forth for education programs to provide awareness of occupational health and safety.

But what about us? Where has it left us? We are now a family that is torn apart as we just could not keep it all together. Nothing is the same nor will it ever be. One does not simply “move on” following the death of a child. On certain days, the hurt I feel still stings like an open wound that I know will never heal. As a family, we have pizza on Ryan’s birthday because that was his favourite food and we reminisce memories of him often. It’s all we have now.