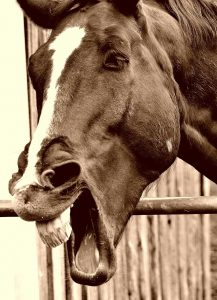 You know what they say about laughter and medicine. It’s good to laugh – it feels good and offers all kinds of health benefits, including improving short-term memory.

Threads of Life staff are determined to help you be healthier, so we’ve compiled a list of our favourite sure-fire, can’t-miss, laugh-a-minute movies. You can thank us later.

(Note that not all these movies are suitable for all audiences – we’ve included the rating for each provided by IMDB Movies.)

Kelley Thompson – Mrs. Doubtfire (PG-13)!!! Hilarious movie that makes me laugh every time I watch it. Robin Williams is so funny in this portraying a female! Just looking at him makes me laugh, and as soon as he speaks, I am lost in a fit of giggles!!!

Lorna Catrambone – Four Weddings and a Funeral (R) is a romantic comedy that follows the lives of a group of friends through relationships, weddings and, ultimately, one funeral. It has a great ensemble cast, staring Hugh Grant and Andie McDowell.

And The Princess Bride (PG) is a great fairy tale-style romantic comedy featuring Buttercup as the Princess Bride, her love Wesley who returns after having been missing at sea for five years, the evil prince who wants to marry Buttercup, a hilarious band of outlaws and a whole bunch of silliness. Well written, lots of laughs no matter how many times you see it, and just a lot of fun.

Shirley Hickman – Dunston Checks In (PG) – the antics that the two brothers Kyle (Eric Lloyd) and Brian (Graham Sack), get into are hilarious and one event after the other. The story line starts with Lionel Spalding (Glenn Shadix) arriving at a 5-star hotel to do a critique. The boys attempt to turn a fountain into a wall of water directed at one employee, which turns into mayhem as Lionel ends up being the target. The hotel manager, Robert (Jason Alexander) believes a different guest is the critic and one adventure after the other awaits Lionel. Brian finds an orangutan, named Dunston was smuggled into the hotel and being kept captive by “Lord’ Rutledge (Rupert Everett). Brian befriends Dunston and Lord Rutledge is on a quest to have Dunston returned. Poor Lionel continues to be the recipient of things going wrong. Even at the end, when the family moves to Bali to manage a new hotel and invite Lionel as an apology, Dunston has the final event.  Probably mostly I enjoy this movie, as a reflection on times shared with friends at their cottage, the summer after Tim died. Their teenage son could not get enough of this movie and as parents we laughed at how many times one can watch the same predictable movie. Now when I watch it while on a plane it becomes a reminder of warm times shared with supportive and good friends.

Kevin Bonnis – My favorite comedy would be Cannonball Run (PG). As a child of the 70s and 80s, car movies were all the rage and I watched them all. This one was less about the cars and more about the 50-plus characters racing across the country. It had the biggest stars of the day doing what they did best, goofing off. What a lot of people don’t realize is it was based on a real race. Stars like Burt Reynolds, Roger Moore, Farrah Fawcett, Dom DeLuise, Dean Martin, Sammy Davis Jr. and Terry Bradshaw were in it. I haven’t watched it in years but it might be time to dust the DVD off.

Heather Lyle – The one that comes to mind right away is Ferris Bueller’s Day Off (PG-13). When it came out in 1986, I was 16 and my brother was a couple years younger; he always got away with everything. The movie reminded me so much of our dynamic, still does, that it made our stuff funny too. Often we would refer to events as a ‘Bueller one’ or a ‘Ferris move’. I watched it recently with my daughter, who loved it just as we did so many years ago – it’s a timeless one and always good to watch if in need of a good laugh. Smiling when I think of it now…

Sherrie Zajak – I suppose The Nutty Professor (PG-13) and The Nutty Professor II: The Klumps (PG-13) are on my list of favorite family-friendly comedies.  In the first, good-hearted professor Sherman Klump takes a special chemical that turns him into ?the ?obnoxious Buddy Love.?  In the sequel, his ?inventions, his upcoming marriage and his reputation are ?all ?threatened by his evil clone Buddy Love. These are oldies but goodies.  It’s the simple comedy with little puns thrown in here and there that make it more amusing.  You just can’t beat Eddie Murphy.  I believe he plays eight characters in this movie.  It’s fun to watch his style of acting as he portrays all the different characters. For those evenings when you just need a break from it all, this movie is great.  It’s an uncomplicated comedy and easy to watch.  Light hearted and great for the whole family!

Kimberly Bondame – I have seen Billy Madison (PG-13) so many times that I feel I can recite the majority of the movie.  It is one of those movies that never gets old and keeps you laughing 20+ years later.  It is fun, puts you in a good mood and has so many memorable quotes.  With lines like “Back to school. Back to school, to prove to Dad that I’m not a fool” to “You ain’t cool, unless you pee your pants” to “That’s assault brotha” you are sure to laugh without noticing the hidden life lessons.

Sandra Hickman – Pinning down a favourite comedy would be a little difficult as there are so many that still make me laugh after seeing them so many times. One that did come to mind, though, that I truly haven’t seen in a while, but have talked about recently is Canadian Bacon (PG) by Michael Moore and starring John Candy, Alan Alda, Rhea Perlman. The basis of this movie is that the American President is talked into trying to start a cold war with Canada to increase his popularity. The parts that make me laugh the most are the portrayal of Canadians and how polite we are. Considering the current political state of our neighbours to the south I think I just might watch this again for a good laugh.

Scott McKay – Mine is Christmas Vacation (PG-13). It’s tradition that we invite our friends over and watch the movie. We listen to our next door neighbor John recite the lines along with the actors – too funny.  The main character Clark Griswold is determined to have a fun-filled family Christmas no matter what. Gotta love Clark’s perseverance.

We showed you ours – now show us yours! What’s your best go-to laugh producer?